The Rink, Ghost, Hamilton, and more.. 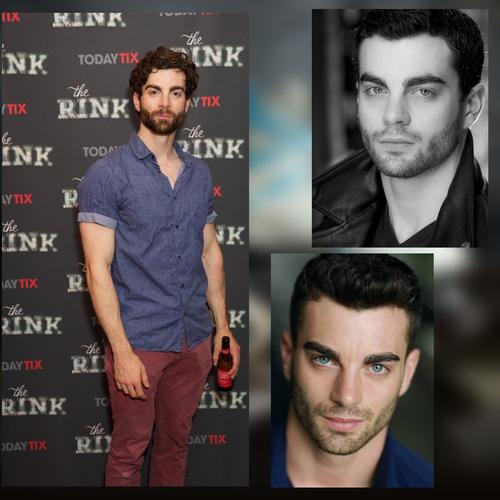 The RINK (see my review) is one of the hottest show right now. There is a super talented cast, and Stewart is part of it, so we had a chat about him and, of course, the show.

Stewart, I have heard you started acting late: how come?

My parents are both in the business. I came to it very late – when I finished school and decided to try the school musical - and I don’t know if it was conscious or unconscious. As a kid I was not one of those who are like “this is what I want to do”.

I guess in your case is very true “Better late than never”.  Tell us something about the UK tour of GHOST

It was one of the biggest experiences so far, the most demanding role I have played, it terms of the emotions you have to go through, the amount of time you spend on stage. It was physically draining but the experience was amazing. It was a tour which made it even more demanding. As a 22 year old it was great because I have learnt a lot, but it required the physical energy that I am not sure I would have now.

I am sure you would… So, are you enjoying being part of this new show, the RINK?

The Rink is a beautiful piece of theatre. It is a show that I had no concept of before, I didn’t know about it, I had not listened to any of the song when it came to my agent: I was totally out of the loop. So, for me, doing the whole show has kind of being putting on a new musical. I have deliberately not searched for clips of the old versions. Adam Lenson, the director said: “we are discovering this piece as much as anyone is”. It felt like something new and fresh but with the foundations of this fantastic writing off Kander and Ebb. The team is amazing, we are only eight in the cast and since day one we just clicked and we feel like a family. It is such a joy every night!

The last show that I have seen is Hamilton. It is one of those shows – you know – when you go there and you have heard the hype of the hype of the hype and you think it can’t live up to the expectations but it just did. It blew me away. I think I cried 5 times. Next, I will go to see Heathers at the Other Palace.

Thank you Stewart. Hope you won’t cry for the Heathers too.

Don’t miss THE RINK – and Stewart - at Southwark Playhouse until 23 June. They are just too good to be missed!..