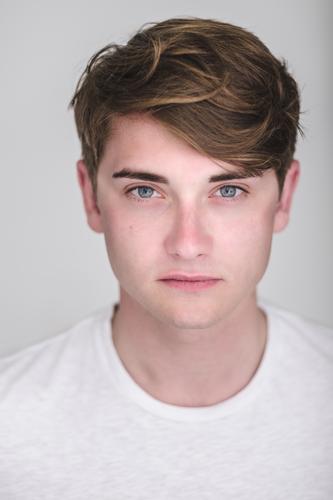 No doubts that Moonfleece is now of the best play in London (see my review here). This is also because of a strong cast. Let’s chat with Josh about it.

- Can you tell us something more about you and about your work?

I moved to London when I was 18 to train at ArtsEd, and graduated in 2015. I grew up in a close family, and Acting has been part of my life since I could remember. My very early memories include being taken to and from auditions by my Mum and Dad - they've always supported me in what I want to do. In my early teens I became more aware of the different genres of film & theatre. Films like 'Layer Cake' and plays such as 'Mogadishu' by Vivienne Franzmann opened my eyes to raw, visceral storytelling and that's when it really dawned on me that this is what I want to do. When you're young you're only exposed to the stories with happy endings and those where morals are taught - but then you learn of this whole other aspect of drama which is gritty and real and that's where the interest lies. Nowadays those tend to be the projects I work on most - plays that don't conform, that push boundaries and really test the limits that theatre has set itself over the years.

-  You are in the cast of the play Moonfleece, currently at the Pleasance theatre. Can you tell us more about this play?

Moonfleece is set in a derelict tower block in east London. Curtis (the protagonist) is the poster boy for 'Avalon', a right wing political party. He's also, though, being haunted by the ghost of his brother who passed away 6 years before the play takes place. He, his ex-girlfriend Sarah, his best mate Tommy and the party henchman Gavin, are all at the flat to conduct a séance to speak to Curtis' brother's ghost. Uninvited guests arrive throughout the play, and huge revelations come to light about Curtis' brother, and it gets very interesting from there!

As I said earlier, I love theatre that breaks boundaries and pushes the limits - that sparks something inside the audience and makes then question the way that things are. I love theatre that is challenging, political, though-provoking, and real. Everyone holds Orwell's 1984 in such high regard because it does exactly that - and it's still appearing at theatres up and down the country on a weekly basis for that exact reason.

A rest! It's been a very busy few months and I'm moving into my first home at the end of April so it's going to get even busier yet! So once the show comes down I'll be resting and relaxing. That won't last long, though. I get bored very quickly when I'm not working - hence why I'm always balancing about 6 things at once. So don't be surprised when you see me running around like a headless chicken very soon!