Interview with Niv Patel and his performance in Knock Knock 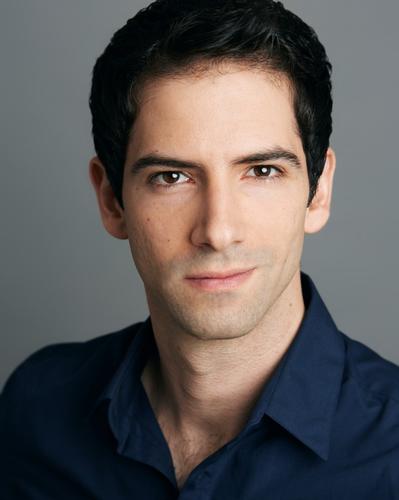 If you haven’t seen Knock Knock (see my review here) you should do it before it goes. It is a very good piece of theatre. And Nivel is a very nice person and it was a pleasure talking with him and knowing him a bit better.

Hi Niv. Can you tell to the people who might not be familiar with you something about you and your work?

I was born in Israel, where I did my acting training and then worked as an actor until 2014. Then I moved to the UK where I did a MA in Performance at Mounteview Academy of Theatre Arts, in London. I wrote this show for the final project of the course. I also performed in the musical La strada (The Other Palace, London)

What is the idea behind Knock Knock? Is it based on people you know?

It started as a private joke on the phone between me and my friend Maia (Levy, who is also the Artistic Advisor and Co-Director of the show). I was pretending to be the mother of a guy she was dating. For the laughs. And so, every time we spoke, I would improvise a little monolog of this character. Through time, the monologues accumulated into a whole life story of this character, and earned their right to be told on stage. Together with Maia, we edited, shaped, developed and directed the text. All via Skype and Whatsapp as she lives in Israel and I am here!

Are you happy with the response you get from the audience and the critics?

This show made me achieve what I never imagined. When I went to the Edinburgh fringe festival, the first night there were only 6 people at the show, but by the end I had full houses and I also won an award for it (Theatre Weeks Editor's Award). And now I am playing in London, in the West End!

Do you live in London? Do you like it?

I live in London, I love it and for me is a relaxing city. Many people might find this weird, but compared to Israel, it is!
Also, there are many opportunities, thousands of projects happen every week. And you can meet and connect with people from all over the world.

What is the last play or musical or series that you have been watching recently?

I have recently seen the Amazon series 12 Monkeys, as I like Sci-fi genre. I also went to see Matthew Bourne’s Cinderella at the Sadler’s theatre.

I am auditioning and writing new things...so who knows?

True... who knows what can happen in this amazing city? Thank you and good luck, Niv!