Are you ready for Fiddler on the roof? 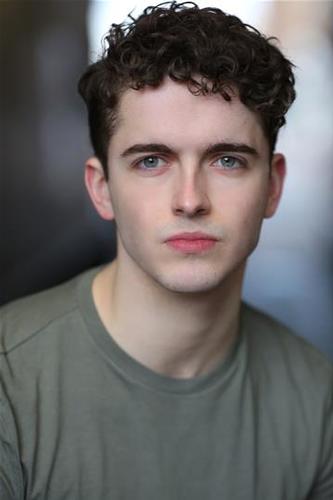 Fiddler on the roof is a classic popular musical, running at the Menier Chocolate Factory 29 November - 9 March.

We had a chat with Joshua, who plays Motel in this revival.

- Hi Joshua. Tell us something about your acting beginnings and background..

I was introduced into the world of theatre from quite an early age having  seen a few plays and musicals growing up, but when I was 15 I started at a drama group on Saturdays and I instantly felt it was a place I fitted in and enjoyed going to the most! From there I heard of a sixth form college specialising in creative arts and I begged my parent to let me go! I was lucky enough to study musical theatre there for two years and then came the drama school auditions! After a tough few months of auditioning and finishing off college I moved down to London and began training. Three years of hard work  at drama school later, I graduated and have been lucky enough to work with some amazing people on some incredible projects in my first year out of professional work!

-  Tell us about Fiddler on the roof. Have you seen the show before? What can audience expect from this revival? What about the cast?

Fiddler on the Roof is a beautiful story of love, faith and the importance of family! It tells the tale of Tevye the Milkman, his wife Golde and their five daughters in the fictional Russian village of Anatevka. I’d grown up knowing about the show but hadn’t really experienced it until a few years ago! It’s an iconic piece of theatre that I feel is still so current and necessary in this day and age. This revival is unique in its delivery and offers a fresh perspective on the lives and struggles of the people of Anatevka. The cast are absolutely phenomenal, I feel so lucky to be in the same room as these people and work together to create this revival. Audiences are in for a treat!

-  What kind of theatre do you like? Have you seen any interesting shows lately?

I have such a varying taste when it comes to theatre! I love a good golden era revival but then I find new writing so incredibly important! I think ultimately it may depend on how I’m feeling or where I’m at when I go and see a show but my overriding want  is to suspend my disbelief and be swept up into a story! There’s nothing better than the feeling when your hairs stand on end and you can just sit there and be engulfed in the wonder of a show!

I saw an awesome piece of theatre last week called ‘Misty’ it was slick, powerful and thought provoking. It allowed you to appreciate the creative aspects of the production but also challenged you to reflect on how you may live your daily life in an age of so much prejudice and fear. A perfectly designed piece of new work!

Thank you and see you at the Menier, Joshua!