The actor is making his London stage debut 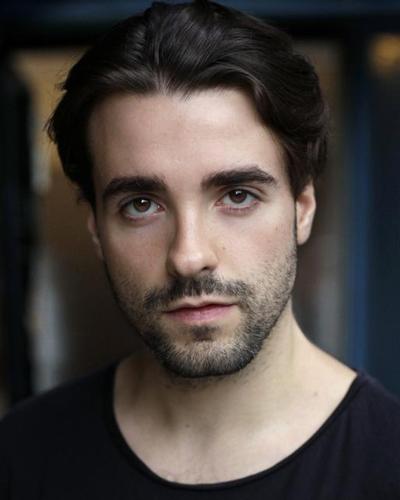 Hi Marc. How important is it that a piece of new writing such as GHboy with so many themes and messages doesn't fall into the trap of becoming a gay play for the punters?

GHBoy raises awareness on many different problems and struggles for not just the gay community, but for people struggling with trauma and abuse, which can lead to addiction and toxic dependency. If the play is stereotyped as a Gay play, it will be disregarded by a major part of the audience, and the message won’t reach.

The pandemic is creating a kind of new normal; but what lessons or experiences will you take away from this change to implement in your work onstage and offstage going forward?

I think what I can draw from this pandemic is looking inwards in a more authentic way. I used this time of self-isolation to get to know myself better, and allow the time to understand that in many ways I may not be feeling alright, but that's ok, and it's a process that needs to be acknowledged.

So for my craft, I will use the patience and the knowledge that things take time to be fully understood and embodied, in order for an actor to be able to express them fully on stage.

Aside from acting, what have you been doing to keep yourself entertained and what lockdown tips and tricks do you have to see us through our next lockdown?

I haven't been doing many productive things, but again, taking pressure off of you it's a great thing once you fully understand it. As long as you are financially stable, learning that you don't have to constantly be doing useful and productive things, and that it's ok to not be growing constantly as a person.

I have found this lockdown extremely uninspiring, and I just accepted the fact that I wasn't going to be trying hard to fight the climate and nature of things, just being and letting be, compassion on yourself and others.

GHBoy opens 3-30 December. Marc Bosch plays Sergi. Original from Barcelona, he made his professional stage debut earlier this year in Justícia at the National Theatre of Barcelona. His television credits include The Split and Sky Rojo.