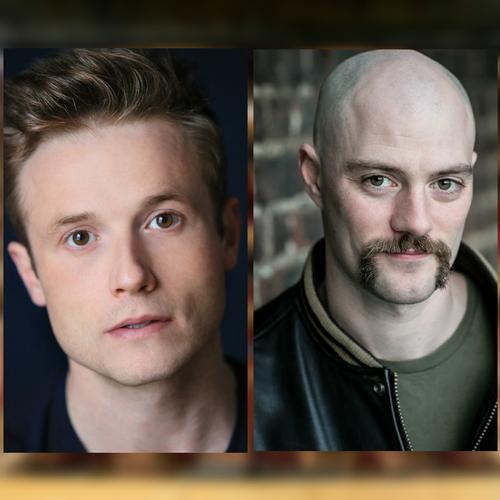 It's been a tough time for the world during the Pandemic.  The Arts industry has been particularly affected and the current loss of live theatre has left a hole in the sector.  I caught up with my friend Joel and Calum to see how they are faring and what new adventures they are undertaking whilst we wait for the curtain to rise. Both Joel and Calum are experienced actors both in the West End and fringe. Joel is an alumnus of London's Mousetrap and Calum has written his own play, Rabbit Punch.

Hi Both! Thank you for having a chat with me.  How has lockdown affected you both, on a work and cellular level?

Much like everyone else, it’s a sharp learning curve. It allows us to breathe into a deeper space, and has certainly allowed us to flex  creative muscles to a further degree.

How are you occupying your time?

We have set up a production company, Rabbit Punch Productions, and have released to date, two episodes of our new podcast, 'The Non-Conspiracy Theorists Conspiracy Theory Show'. As the title may claim, it is all about conspiracy theories.  We have covered some juicy theories which have kept the world captivated.  Jeffrey Epstein features in our first episode.

That's quite controversial a topic.  Why would anyone want to listen to something as horrific as that man's crimes?

That's the beauty of it.  We are not rehashing what is already a matter of public record.  We are looking at things behind the obvious.  Did he kill himself or was it murder? What makes it a conspiracy?

How does it come together? Do you both decide on a topic and let it organically grow?

No.  We don’t tell each other what our theory that we have researched is.  So it is just a much of a surprise to each other when we record. There are some absolute corkers coming up. Episode 3 has created quite the buzz!

It is quite a departure from what you are both known for. Will it replace you day jobs, as it were?

Not at all.  We had the thought to set up a production company and podcast long before lockdown and if anything, COVID-19 has helped us in that respect, it has bought it all together almost seamlessly. We have been recording over Zoom and doing the editing and suchlike ourselves. It’s a learning process which in turn is another string to the bow.

How well has it been received thus far?

We send out the upcoming episode to a focus group made up of family, friends, industry friends and contacts that we have. We look at their feedback and review whether or not changes need to be made. To date, the feedback has been very positive, any critique has been constructive for example, and we can talk for hours on end on these fascinating theories so recognising a stop point is key!  The episode is then released on all the forums, internationally, ITunes, Spotify, we have a Youtube channel and of course you can visit www.rabbitpunchprods.com for more information.