London is calling Australia. The five guys are ready to land at The Peacock for a show of dance, songs and lot of fun. Let’s chat with them. 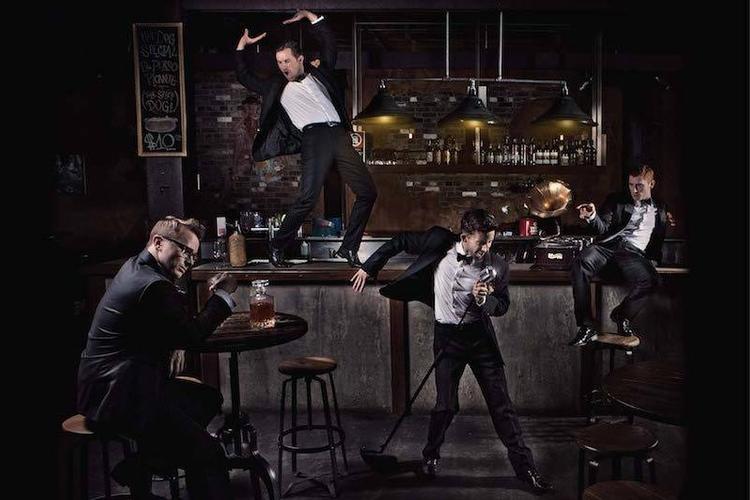 Can you tell us about you? How long have you been together?

Thomas:  The Tap Pack started in 2012. We did our very first live performance in March 2013 but most of the creatives were friends previous to working on The Tap Pack. After a lengthy bar conversation, we wanted to combine our talents into a show that we could be proud of, one that was our very own

What is the idea behind the show and what kind of music and dance should the audience expect?

Jesse: The Tap Pack is a modern day Rat Pack with world class tap dancing. We sing, we joke and we have an absolute ball on stage. We have put a modern day twist on what was cool about the Rat Pack and made this show exciting for the audiences of today. This show has a little something for everybody.

Is it the first time for you in London? Are you excited about coming here?

Jesse: We are so excited about our upcoming season at the Peacock theatre, we cannot wait to unleash our show to the UK audiences. We did two shows last year at the Underbelly festival in Southbank, but this is the first time The Tap Pack have performed on the West End. Within the cast, Sean Mulligan has had a very successful career performing in a number of incredible shows on the West End and Jesse performed in the London season of Tap Dogs.

Ok, guys, prepare your luggage and see you soon!