Let's talk with Madison about Plastic and much more... 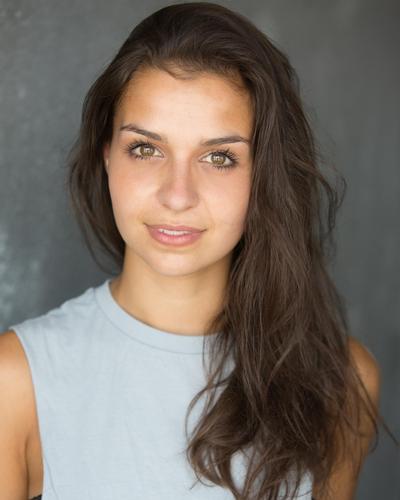 - Can you tell us something more about you and about your work?

Well I graduated from LAMDA nearing two years ago now so I’m pretty fresh to the ‘Grafty Slog’ - as I like to call it. I’ve been lucky enough to be part of some really great new writing in theatre since graduating, and also collaborate with some incredibly talented people on some mini projects along the way. It takes a while to get going after you leave, but once you start weaving a web of people you like working with- and who want to make similar work to you- ideas become possibilities. I’d really love to be able to keep making my own work alongside professional work and create more comedy for female voices- all on next to no money…. living-room comedy night in Barking anyone?!

-  You are in the cast of Plastic at the Old Red Lion Theatre. Can you tell us more about this play?

How to describe this play and do it justice all from my tiny, tiny brain… This play, by the wonderful Kenneth Emson, maps the transition from childhood to adulthood, and how powerfully the memory draws people into the past instead of the present. It’s clever, witty and moving in its exploration of lost opportunity and trauma.

Everything about it from the writing to the design is very complex and visceral, and Josh Roche has been quite extraordinary to work with as he has bought it to life. It’s been crackin’ to work with everyone involved; I’m a very lucky lady.

- What kind of theatre do you like and what is the last show you saw in London?

I love a range of different theatre, I’m not really averse to any style or genre. I think if I only went to see one type repeatedly I’d get pretty bored. Plus it’s good to get inspiration from a wide range of theatre, especially as, ideally, I’d like my work to vary over my career. Whatever that may be…

Saying that, I’ve been to the Almeida a lot this year, who are churning out some brilliant stuff. I saw Summer and Smoke last week- everything about it was stunning, and Patsy Ferran and Anjana Vasan are two young women who are paving fantastic careers for themselves and are a joy to watch. I also managed to catch Moonfleece at the Pleasance and Crazy Gary’s Mobile Disco at the Landor Space, in the same week, which were both excellent.

Next I’m finishing off some filming on a couple of projects we started last year, and beyond that I have some comedy material that’s been side-lined for a while, waiting to rear it’s beastly head, with the help of some well-witted friends. Beyond that…who knows?! I’ve got at least four Greek family weddings this year so I can fill some time with some plate smashing.