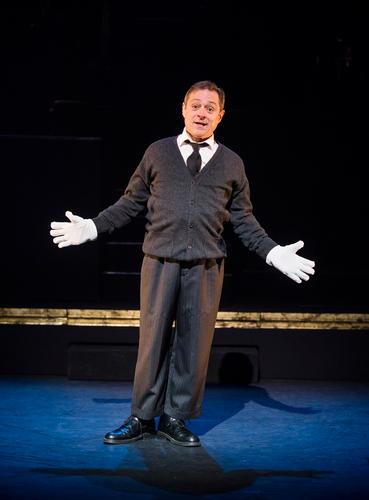 Hi Paul. You are in the cast of Chicago that is in his previews at the Phoenix Theatre in London. How it is everything going so far?

It is going very well. We had a quite short rehearsal period but because everybody has done it before – except Cuba of course – it came together pretty quickly. It is so good working with such cast. We are having a great time and the audiences have been great and very enthusiastic already. It is a really great night at the theatre.

Why Chicago is such a popular musical – running for more than 20 years?

I would suggest that is a very sexy show especially when you see it live. The story deals with celebrity, female murder, and public fascination with that. Choreography more than anything gives the distinctiveness. Also, musicals depend on the songs and Chicago has a number of really great songs.  It is the live experience of a really thrilling, involving and sexy night at the theatre.

You have worked in theatre, as well as some TV and cinema. What do you think about musicals?

The majority of my career has been on stage and I have done lot of plays rather than musicals; I have never come across to a harder working group of people  that you find in a musical, particularly the dancers – they work incredibly hard and they are very talented people. The world of musical theatre is kind of a unique one and I am always very impressed by it.

Thank you Paul and we are ready to razzle-dazzle now..