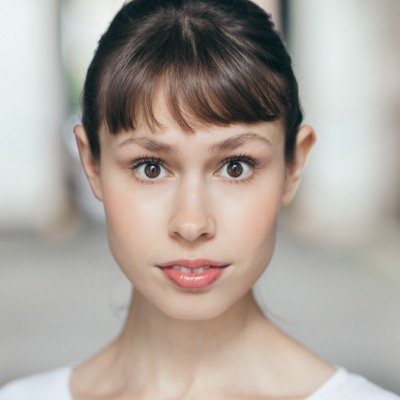 Hi Lily. Can you tell us something more about you and about your work?

I'm 23, I'm from Hampshire and I trained at the Guildford School of Acting on the BA Acting course. I've been a member of lidless theatre from the start when we did our first devised show 'The Waste Land' based on the poem by T. S. Elliot in 2016.

You are in the cast of Philip Ridley’s play Moonfleece, currently at the Pleasance theatre. Can you tell us more about this play?

It's been great to work on a Philip Ridley play, especially one that has so much social and political significance at this time. I think it's really important that plays like 'Moonfleece' get written and put on to help open people's minds up to different points of view.

I like to see a real variety of theatre - It's such a versatile medium. I recently saw Philip Ridley's new play 'Angry' which was very interesting.

Whilst performing 'Moonfleece' I've also been filming for feature film 'Are We Dead Yet?' which is a comedy/horror featuring a lot of great British actors and comedians.