A chat with Dominic, creator of the new musical CASES 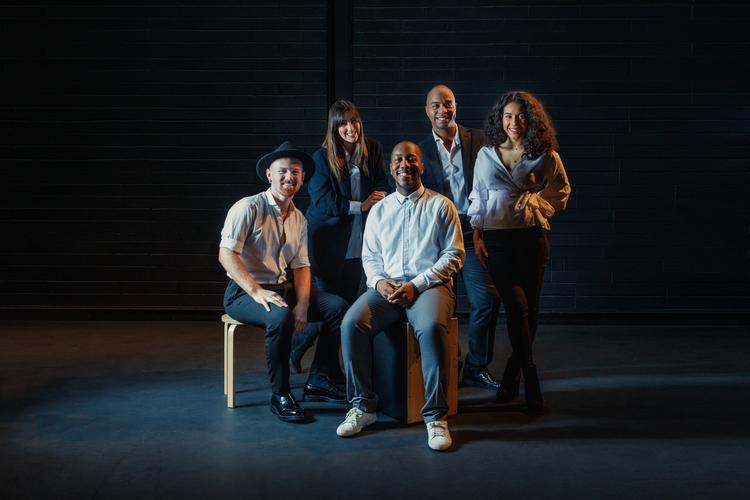 Hi Dominic. Tell us a bit more about CASES..

Audiences can expect a captivating and uplifting experience, journeying with each character in the world of CASES as they are taken on an emotionally thrilling ride. Our previous audiences have left insecurities, failed dreams, worries, stresses and cares at the door and enjoyed an evening of limitless inspiration that ultimately left them transformed, bursting with hope and ambition.

What was your inspiration to create musical theatre?

I actually started out desperately wanting to be on stage and be a musical theatre performer from a young age, which is still a dream, but it was a particular experience during training that shifted my route into the industry. After attending Stagecoach for nearly 10 years, when I started training at the BRIT School my knowledge of the musical theatre canon was restricted to largely populist and commercial titles. It was a historical context unit where I delved into analysing Sunday in the Park with George for 6 weeks which alerted my antennas to highly artistic forms of musical theatre to which I had not yet been introduced. There were composers I had never heard of, and some I had before but didn’t fully appreciate or understand. This gave me such an artistic drive and deeply inspired me to use my knowledge of practical piano study, at that point Grade 7, to start creating musical theatre scores and combine my gospel heritage with contemporary music to hopefully create a new sound. Although I’ve dabbled into developing television projects, I often say writing for the screen is the well-furnished annex to my artistic home which is and always will be the stage, musical theatre being its foundation!

How has CASES developed up until this point?

In terms of its development, I didn’t even know CASES was going to be a thing until it sort of came together organically! I had written “Heightened” and “Let Your Garden Grow” in 2015 as a way of trying to translate complicated feelings and navigate through a difficult period of my life post drama school. After receiving good responses from friends and family, I got the confidence to write a few more songs in the same vein and looked at other songs and instrumentals in my repertoire that hadn’t yet found a home whilst creating a concept inspired by a student production of Market Boy, an interview with Cynthia Erivo and Edward Seckerson and a binge-watching session of Judge Judy. Suddenly, 13 songs, all tied together musically and thematically emerged and then, exciting opportunities came about to showcase the musical (Made in LDN at the Cockpit Theatre) and nearly 18 months later it premiered at the Phoenix Arts Club in collaboration with Michael Auger from Britain’s Got Talent winning group Collabro in 2017 featuring a cast including Bobbie Little, Christina Matovu, Nicholas McLean and Jordan Shaw. Since then I’ve revamped the score and added new songs and strengthened the character and story. This production is the culmination of nearly 5 years of development.

What kind of score the audience should expect by CASES?

Comprised of ‘terrific numbers’ and ‘marvellous compositions’ (British Theatre), I believe there is definitely something for everyone in the score. If I had to think draw upon current or existing musicals…I would best describe the score as a somewhat eclectic merge of the uplifting gospel feel captured in The Color Purple and the contemporary pop anthemic style of Wicked. There is a mix of solos, duets, ensemble numbers. A few may make audiences cry, most will inspire and all will delight! Audiences won’t leave the same way they entered, it’s a deeply moving but also refreshing score.

Are you excited to bring it to The Other Palace, and with this amazing cast?

I am beyond excited for both of those reasons. The chorus of Mister Mistoffelees is probably my favourite melody in all of the musical theatre canon, one of my favourite ever productions I performed in was Joseph and the Amazing Technicolor Dreamcoat, so to have my very first full run of a musical in London take place at Lord Andrew Lloyd Webber’s newly acquired theatre and home of new musical theatre is quite simply, unbelievable. His music and positive impact on the arts and entertainment industry, globally, has inspired me for many years. And the cast! Just wow. I feel so blessed to be able to work with such an incredible group of actors, all possessing a high calibre of talent and contributing varies and unique experiences to the process. Some I have known for several years, some I have met on this project, but all are bringing fresh and exciting and dynamic interpretations to the material. I can’t wait for everyone to see this special cast utterly smash it in the spring!

You have founded in 2012 the production company Pioneer Arts. How difficult is for a British musical to see the light of day, today?

I believe there have been a number of challenges along the way, but also a birth of new opportunities. When we look at theatre in the US, we see more new musicals emerge on a larger scale because there has been a defined and structured route to their progression and development. We see this for new plays in the UK with a host of venues, competitions and leading producers actively searching for this form of theatre. When I first started writing and composing nearly 10 years ago, there weren’t as many avenues for putting on new musical theatre but I feel now the hunger and desire to provide a platform for this artform has grown substantially. Today, we have an exciting roster of opportunities and organisations, some amazingly catering purely for new musical theatre and its creators and supporters, and I also believe producers in all sectors are starting to make steps towards taking further risks and relying less on established or existing content when creating new musical theatre. Today, the future of British musicals is bright.

What's the last show that you have seen in London and would recommend?

The touring production of An Inspector Calls at the New Wimbledon Theatre! One of my favourite plays ever, a true classic, but reinterpreted with such innovation. Probably the best written socialist play with not only seismic historical, social, cultural and political context but universal themes. This production, literally, opened the door and gave us a deeper insight into these themes and why the piece remains a core piece of literature study and so relevant to us through clever use of design and staging. Cracking eccentric cast and brilliant direction. I would highly recommend!