As you know, this blog is and always will be a voice for young and talented actors. Today we get to know better Moe Bar-El and the new play Moormaid, opening soon at Arcola Theatre 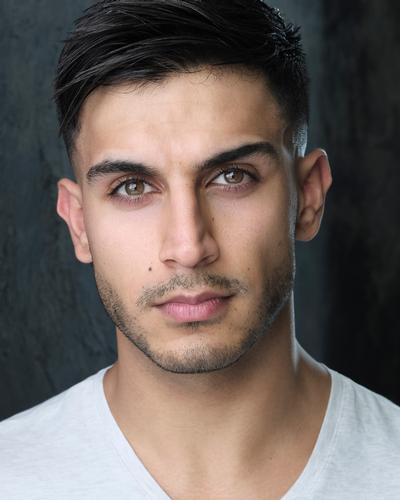 Can you tell us a bit about you and your work?

I was born in Iran (Shiraz) and moved to London with my mother and brother at the age of 10. I’ve always had a passion for acting but never quite knew how to approach it - part of me feels like I still don’t know if I’m honest. However, in 2013 I auditioned and got into Identity School of Acting. It’s a part time drama school and has really made waves in the industry for actors of all ethnic backgrounds. The three years that I was there I learnt a variety of skills and techniques as an actor. I landed my first professional job in 2016, where I played the lead role of Shapur Zamani, in the award winning French TV series Le Bureau Des Legendes. Since then I have worked with some great companies such as Fox, Sony, BBC and Channel 4.

You are in the cast of a new play, Moormaid, opening at Arcola Theatre next month. Can you tell us more about this play and about the cast?

Moormaid is a play that tackles some big and important issues that face Europe today. It looks at our alienated youth, and attempts to understand the human beings caught up in extremism. It’s a story about a relationship between two lost individuals, and their search for freedom. The play is set in an art teacher’s flat in Berlin, so expect some paint!

I haven’t actually met Sarah Alles yet, but from everything I hear and see of her she is fantastic. I can’t wait to meet her when we film our promotion trailer next week! I had the pleasure of meeting and working with Ali Azhar during my audition and I can’t wait to start the rehearsal process with him and create some magic.

What is the last theatre show you have seen?

A brilliantly written play by Amy Ng called Acceptance, which is currently playing at the Hampstead Theatre.

Are you excited for your theatre debut? It must be quite different from the TV..

I’m extremely excited for this show as it is my stage debut! For me, acting is a time when I can be free and let go of everything. I love putting myself in other people’s shoes, learning about the character whilst at the same time learning about myself. However, I believe the creative side and process of stage and camera work is completely different. As I’m mainly used to working in front of the camera rather than a live audience, this may be a bit of a challenge but that’s what I’m looking forward to the most.