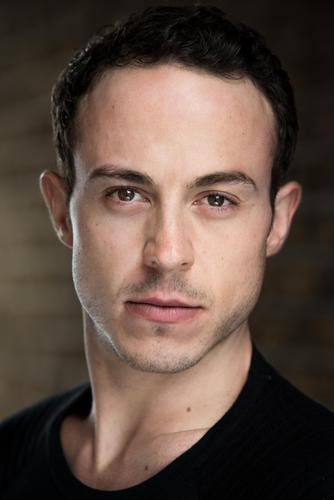 Hi Elliot. Can you tell us more about you and your work as an actor?

Hi LTR! I'm from a really small seaside village in the North West where I'm proud to say I still have my roots, visiting often from my home in London. I've been lucky to have been able to develop my skills in lots of different areas; as an actor, director, presenter and voice artist. Earlier this year I worked with director Corin Hardy on the HBO series Gangs of London, played Alfred Cummins in BBC's Preston Passion and presented pilot gameshow Hens & Stags. A favourite was the ground-breaking '5 Guys Chillin' which premiered at the Kings Head and had incredible success. It was the first play to discuss the cultural phenomenon of Chemsex and it started important discussions, won awards and toured internationally, including a little stint off-Broadway! I later went on to direct the play with an all new cast which was an incredible experience.

Are you excited Coming Clean is returning to the West End?

Of course! I love this play and LOVE William. It's so rare to be able to revisit a character and this will be my third time, so each production I've had a chance to find something new. It'll be great to show this to a different audience - last year was incredible and it was so well received but I'm excited to see the new energy this cast will bring.

Coming Clean is a play that first premiered in 1982. Why do you think it's still relevant after almost 40 years?

Well, it's full of universal themes that anyone will be able to relate to. Open relationships and polyamory have always been an interesting topic and I feel that it's now starting to be more widely explored, even beyond the LGBTQ+ community. So it may be even more relevant now and I hope it starts some conversations. But fundamentally it's a play about love, trust dependence and communication which we can all understand.

Do you think that social media and dating apps have changed our relationships?

I do feel that relationships have evolved in recent years. At the moment there's almost this culture of a 'takeaway' date - you have the whole world to choose from, you can browse whenever and wherever you want and sex can be more easily accessible. Not to mention the dilemma of 'what you order' vs 'what arrives!' I think this can remove some people from the experience. However, I think it can also be an overwhelmingly positive thing. Many of my friends have formed relationships over social media. So it may be tricky navigating sometimes, but if you're prepared to look - you can find something special.

Do you prefer performing in film/TV or on stage?

I hope it's not too cliché, but I love both! For different reasons.

I love the intimacy of film and how quick it can be, you're in and out. It's frightening at times but keeps you on your toes. With stage - I love the long rehearsal process, deeply developing the character and bonding with the company, it's really special.

Have you recently seen any shows that you'd recommend?

My boyfriend took me to The Turbine to see Drew McOnie's inaugural production of Torch Song - it was mesmerising. Another revival and another glimpse into gay history, I couldn't stop thinking about it for days. Funny, achingly sad, all the good stuff. If it makes a return, I highly recommend!

Coming Clean is at the Trafalgar Studios from 8 January to 1 February 2020. Tickets from £ 13: here