We chat with David about theatre and "At Last" 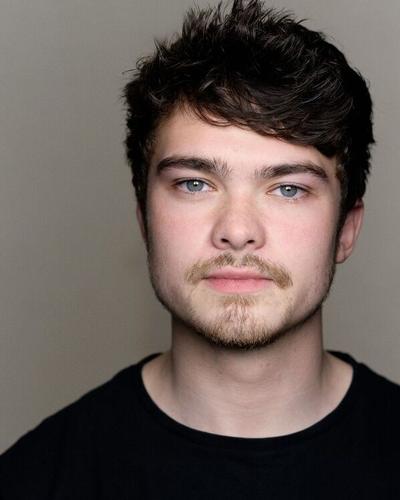 Hi David. Can you give us some background about you and your previous work?

I was born and raised in Essex. When I was 16 I was selected to be a member of the RADA Youth Company where I played Brutus in Julius Caesar, an incredible experience. I went on to attend East 15 Acting School on the BA Acting Course. My training gave me great opportunities, guided along all the time by inspiring teachers. Whilst at drama school I was able to take part in the renowned Living History Project which involved a great deal of research and personal stamina. I played Hamlet in my Second year at The Ellen Terry Theatre amongst other projects, such as commedia dell’arte and Chekhov which helped me gain experience in performance of all kinds. Part of my East 15 training was how important it was to keep learning all the time. Recently I was lucky enough to be selected to be a member of Frantic Assembly’s Ignition Company 2019.  Since graduating I have been at the Edinburgh Fringe, the Hope Theatre and incoming Festival Tour with Chalkline Theatre in their critically acclaimed show ‘Testament’. At Pentameters Theatre Hampstead I performed in ‘A Fat Man’s Wife’ and ‘The Bevin Boys’ (standing Ovation Nomination). At Greenwich Theatre I have played Eric in ‘Lord of the Flies’ with Lazarus Theatre and at Ovalhouse ‘The Moment before an explosion’. My most recent work has been with Proforça Theatre Company in ‘At Last’ as Danny Grimshaw.

What do you think about Verbatim theatre and what did you think when you first heard what “At Last” was about?

My first experience of performing Verbatim Theatre was at East 15 in ‘Crouch, Touch, pause, engage’ by Robin Soans, the story of Gareth Thomas the first openly gay rugby player and his hometown. I like verbatim theatre because it’s so honest and human. I think it’s quite refreshing to hear organic and sometimes messy words which come with verbatim theatre. I was excited when I heard about ‘At Last’. The form of the play, being a blend of often poetical, heightened language is something I haven’t worked with before so as an actor was brilliant to find the nuances within the writing and try to tackle the sheer amount of text there is. I think there’s something quite haunting and exciting about the play being ‘almost verbatim’, because we don’t know what’s being conjured and what’s happened. We could very well be living that reality right now without even realising it.

I play Danny Grimshaw a young member of the militia who are part of a fallen far-right regime in the UK. I’m part of the family unit in the piece divided by their views and history. I think Danny is a victim of his upbringing and the situation he finds himself in. The play explores the very masculine relationship he has with his older brother Jack and their inability to express how they both feel.

With the current political mess, "At last" does not seem so extreme or far from reality. How true to life is the production?

I think the play is all the more thought provoking for an audience because it is so relevant. With the current political environment, it seems that we are almost on the cusp of an ‘At Last’ situation given the extreme divisions which now exist in our society. I think it poignant for a younger generation who feel let down by older people, who haven’t looked to their futures. Our democracy is fragile and there are so many tensions between views that there is a risk of violence and turmoil. The balance between peace and rebellion is delicate and can easily shift-I think ‘At Last’ shows this well.

Have you seen any other shows recently that you would recommend?

The most recent production I saw was Death of A Salesman at Piccadilly Theatre a fantastic reimagining of the play and would recommend seeing it. Aside from theatre I saw the EFG London Jazz Festival which was completely free and well worth watching next year making Jazz accessible for everyone! I saw Tiny Theatre Company’s fantastically macabre production of 143:volume 2 at the Lion and Unicorn written by Amy Guyler. Lots of new upcoming companies creating exciting fresh work.