How social media, Internet and in general the virtual word impact on out relationships? Let's have a chat with Tim about all this 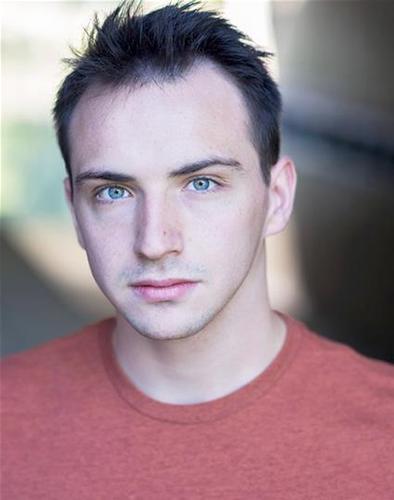 In Version 2.0 (see my review here), Tim Atkinson is a broken hearted guy (Kash) who replaces the girl who rejected him with a robot. His disturbed and obsessive character is made very believable by Tim’s great performance.

The topic about virtual world vs real word, about the impact that social media have on our society is worrying but actual and it was really interesting to hear Tim’s point of view.

Hi Tim. Can you give us some background about you?

I’m originally form Worcestershire. I didn’t decide to be an actor until I was about eighteen and I did a course in Birmingham and just fell in love with it. I graduated from Birmingham School of Acting (now Royal Birmingham Conservatoire) in 2016 and while I was training I appeared in Doctors with the BBC. Since then I’ve been touring and performing steadily in the UK and in early 2017 I had my first European Tour with TNT Theatre Company in Dracula, directed by Paul Stebbings MBE. I finished a really exciting project just before Christmas, touring in a Comedia Dell’Arte production of Lady Windermere’s Fan with Theatrical Niche which was so much fun. When I’m not filming or performing, I’m employed by Shakespeare’s Birthplace in Stratford-Upon-Avon as an actor interpreter, rehearsing and performing Shakespeare all the time, which I love!!

How is your experience with Version 2.0 going?

Fantastic. I’ve loved working on such a multi-layered text, and while it’s been a challenge, one of my favourite parts of this job has been bringing the text to life. The language is incredibly complex, it repeats and echoes itself but it changes slightly each time and playing and tangling and knotting and unknotting myself in it has been a real joy. The role of Kash is a challenging one but I’ve had an amazing team to work with. Kevin Michael Reed knows exactly when to leave the actor to explore and when to throw ideas of his own into the mix. His work with movement and instinct has been really helpful for me because with such a text heavy piece it could quite easily have become a very intellectual process. The conversations I’ve had with Kashyap Raja have also been insightful and thought provoking about where the ideas came from. Acting alongside Tracey has been an absolute pleasure. There were a lot of obstacles for us to work through and she’s helped with me with all of them. I’m constantly amazed by the sheer number of creative ideas she brings to the piece everyday. I’ve learned an awful lot working with her and I’m really thankful for it.

The show is about real life vs virtual life. You know, walking around London I see many people glued to the phones .. it seems we can't stay without checking a status or sending a message.. what do you think about it?

I think the two are blurring in people’s heads. I think the play works from the stand point that most people are pretending to be something they’re not. Social media allows you to cultivate the image of what you are pretending to be. I think in the character of Kash is an extreme expression of when the two jar. Kash has a preconceived idea about how his date with Karen will go, how their relationship will be and this is based on how he has seen other people behave on social media. The reality is very different. I think the most disturbing thing, though, is that there’s an element of control. The internet is an entirely fictional world created by human beings where every single thing can be shifted and changed at will. I think it goes back to the idea of cultivating an image. If social media is our presence on the internet, we are able to remove the parts of ourselves that we don’t want others to see. It’s a way of controlling ourselves. Control is quite an important concept in this play and one that seems to run oddly parallel to social media. Kash is obsessively in love with Karen but he doesn’t just want to be with her, he wants her to be with him on his terms. He wants her to indulge this ideal scenario with him and he can’t have that. So first he tries to get as close to that as he can by forcing himself on her, but finds that disappointing and messy. In the end, because Kash can’t get his head out of the fantasies created by starring people’s social media platforms, he is unable to have relationships. So what he does is to reenact these fantasies with an AI, playing out the parts of his relationship that need to exist on the internet.

For now, I’ll be returning to my job in Stratford-Upon-Avon. I’m setting up a theatre company with some other actors and I’ll be pushing that forward but we’re only in the early stage so…….