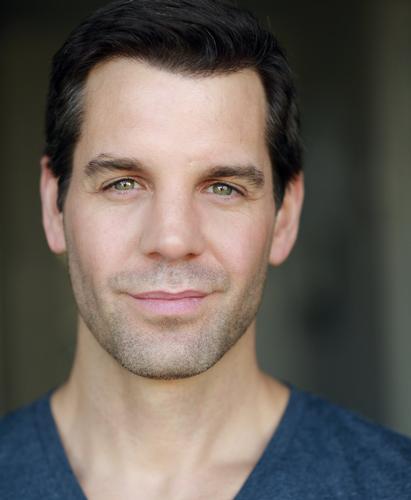 Hi John. Do you remember the first time you read one of the Adrian Mole books? What impression did it make on you?

I was probably about ten - far too young to understand all the sex stuff.  My parents had a copy because when it was published it was seen as a comic novel for adults, as much as it was a children's book.  And I was a voracious reader and would pick up anything in the house with print on it and swallow it whole.  My parents were a bit surprised I'd read it, I think.  Mum said "Did you understand it?", and I said, "Not all of it", and she said, "That's probably for the best".

Why do you think Sue Townsend's books have been so wildly successful on the page, on TV and now as a musical?

Because everyone has been an adolescent and struggled through that wilderness.  And because she is an incredibly funny writer.  I mean the joke count in that first book is really high.  And the diary device, where the person writing the diary understands less about what's going on than the reader, is a really sophisticated and a pleasing trick to pull off.  There's a lot of pathos in him not knowing what the audience do.

As a youngster were you more like Adrian or Nigel? Or were you a Barry?

Oh God, Adrian. Entirely Adrian. NHS specs and everything.  Once the TV show came out - and put the word into common parlance -  "intellectual! " would be shouted at me by the big sporty boys on my road.  It was basically like living in Pol Pot's Cambodia.

This is the second run of the musical of Adrian Mole you have been in. What differences have you noticed this time round?

Very few. I think the creative team did such an amazing job previously and you don't really want to mess with that winning formula. There are a few more bells and whistles commensurate with our West End address.  We've got a bigger band!

Last time it was my first ever musical and I was in a state of white-hot terror throughout, which is why I put in so many cheap jokes, as a security blanket.  Now I'm slightly less terrified, but the jokes have stayed.  The kids are a bit younger this time.  Before their voices kept breaking and we had to replace them overnight, like robots in Westworld.  Brutal.

Who is more fun to play, Mr Lucas or Mr Scruton? Did you base them on anybody?

I think Lucas, because he's got the big seduction number with Pauline. And it’s fun to puncture that lothario type by making him incredibly clumsy.  He's basically an idiot with a very high opinion of himself. That really fun to do. And hopefully makes him less toxic for audiences. They're both based on composites of terrifying masculine figures from my childhood.  The moustache is a big part of that. All my scary PE teachers had moustaches.

Adrian dreams of success in the arts? What ambitions do you have?

I'd like to direct more. As most directors who've worked with me will confirm. And I'd like to do something serious again.  Comedy is like crack though. Very moreish.

What advice would you give the youngsters in the show about going into acting full time?

They're 13 and they're starring in a West End musical! They don't need my advice! I can't imagine having that level of confidence when I was their age. But I would say, make sure you really really want to do it. Like, you couldn't contemplate life without it.  Because it is an occasionally brutal business, and the world is not crying out for more actors.  And show up on time, with your lines learned!  I'm about halfway there on that one.