We chat about theatre and sexuality with James Hallifax 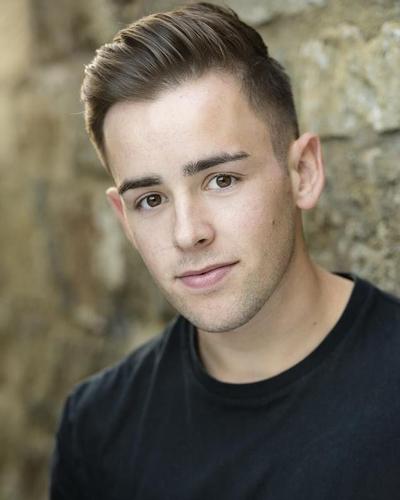 In Memories we lost in the fire ( chech my review here ) James Hallifax is Charlie, a sexually confused student, and I think he captured very well the vulnerability of who struggles with his sexuality. Let's have a chat with him.

Hi James. Can you give us some background about you?

I trained at Bath Spa University and my work so far has consisted of Immersive, Promenade and Musical Theatre with opportunities working alongside the Theatre Royal Bath with the Johnathon Church Season. I have worked on Noel Coward's Semi-Monde, and productions for Tin Shed, Taking Flight and SPECIFIQ theatre company. I have worked on a lot of new writing recently too!

Memories We Lost in the Fire is about Sexuality. Did you have fun playing the confused Charlie? Do you think theatre talks enough about sexuality?

It has been a joy to take on a character so complex and make people aware of the importance of equality and acceptance in society. We are all human at the end of the day, I believe we should understand and embrace our differences. It takes a lot of courage and strength to open up to those around you and the journey of Charlie through this play shows the struggles of doing exactly that and the effects it has on Charlie. I don't think theatre talks about sexuality enough and doesn't show the conflicts that people go through day to day; with sexuality itself, I feel it isn't portrayed equally either.

I have recently seen Wicked at the Apollo Victoria Theatre and I was blown away with every element of the production.

What is next for you? Are we going to see Memories We Lost in the Fire again?

Whilst auditioning for roles, I will be continuing with Memories as we have something big in the pipeline so keep your eyes peeled! In the meantime, we are performing in scratch nights at the Cockpit Theatre (12th March) & Canal Café Theatre (31st March), just a taster of the Lies, Sex and Broken Promises!