A chat with the star of Queen of the Mist, opening at Charing Cross Theatre 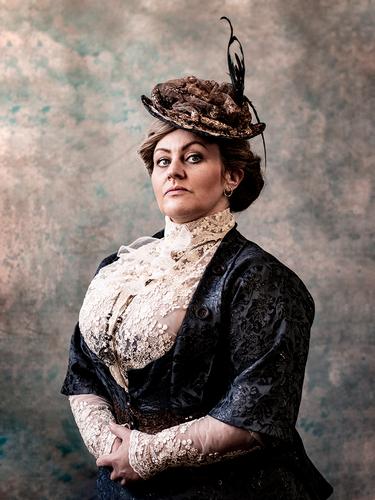 Hi Trudi. Can you tell us something more about you and your previous work?

I didn't consider the idea of singing as a profession for me until university. I started training to be an opera singer singing the Puccini heroines etc. More recently I have lucky enough to be part of some great shows like Ragtime and Death Takes a Holiday,     both at Charing Cross Theatre. I also sing in a cabaret duo called The Diva List.

You play Anna Edson Taylor "Queen of the mist", that runs at Charing Cross Theatre from 15 August.  Who was Anna?

Anna Edson Taylor in historical terms, was the first person to go over Niagara Falls in a barrel, of her own design, and live. This 63-year-old school teacher found herself destitute and decided that she would create her own fame and fortune by doing something no one had done before.  What makes her special in my mind is that she decided to do this even though she was well aware she could die. The idea that she had reached the point where death was an accepted possible consequence of her actions fascinates me. She was so determined not to live an ordinary existence.

Can you tell us more about the show and the cast?

The show consists of a small ensemble of characters made up of Anna Edson Taylor, her manager Frank, and those who come in and out of Anna's life played by the most talented people I've had the pleasure to share the stage with.

Queen of the mist is a historical play. Are there any messages for our modern society?

This is a musical about a woman who is trying to change her life. She's a pioneer woman, willing to put her life in danger to create possibilities for herself when she has nothing.  She wants fame and success. It's a lot like people on reality TV, hoping to be one of the chosen ones whose lives will be changed forever. We also live in a time when fame and success are very different things. We have talked a lot during rehearsal about what it means to be successful, everyone has their own ideas, but none of them have revolved around being famous. Celebrity in the 21st century is the end goal for so many people, so I think her desire to be seen and to leave a legacy is something we all can relate to.

Queen of the mist transfers to the Charing Cross theatre, following its successful UK premiere at the Jack Studio Theatre. How do you feel about it?

I feel blessed to have the opportunity to bring this amazing show to another audience, and to do it with a bunch of amazing people who now feel like family is an absolute joy, it will be a privilege to go over the falls 8 times a week with them. The show has taken all involved on a journey that none of us expected.  The transfer is very exciting as well as the opportunity to make the Original London Cast Recording.

Have you seen a show recently that you would recommend?

I love the theatre, generally, and tend to go as often as I can. Recently I've seen Light in the Piazza, Peter Gynt, Deep Blue Sea at Chichester, Diary of Adrian Mole and Bridges of Madison County at the Menier Chocolate Factory. I have been a long-time fan of Jenna Russell and to see her embody the role of Francesca is brilliant.  This is one of my favourite scores of all time, and definitely JRBs best in my opinion. I remember hearing the Broadway cast recording and falling head over heels in love with the music, the orchestrations and Steven Pasquale and Kelli O'Hara. I have been so lucky to see them both on stage since then. The role of Francesca is most certainly on my bucket list. 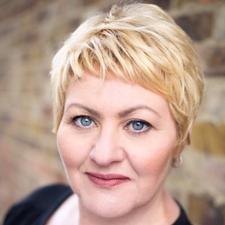