A chat with one of the stars of Captain Corelli's Mandolin 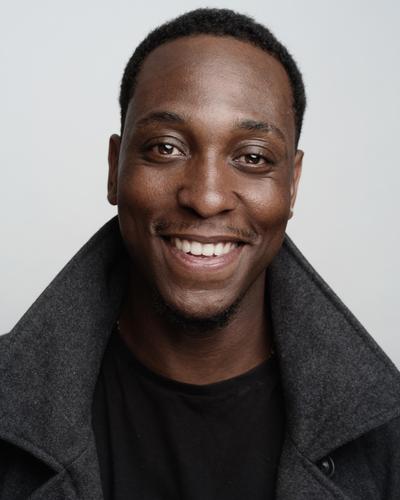 Hi Ashley, can you tell us more about you and your work?

Hey, I'm from Harrow in North West London and I'm 27. Just your typical London boy really, love the theatre and film world, but also slightly addicted to football “come on you Gooners”. I've been lucky to land some pretty awesome jobs so far in my career; The RSC and The Globe being the standouts for me before Captain Corelli’s Mandolin. I'm currently in Captain Corelli's Mandolin playing Mandras in our last leg of the UK Tour in Glasgow, before we transfer to the West End (exciting times). This is by far the biggest role I've had to play (not including my previous understudy roles) to date, which makes it even more exciting for me. The character of Mandras has such an amazing arc in the play, and goes through a vast range of emotions which I have a lot of fun playing on the stage. He's also a very physical character which is helpful as I would say this utilises one of my biggest acting strengths.

Did you always want to perform?

I've always been a physically active person, but I actually pursued athletics for a lot of my teenage years, long jump and the 100m sprint specifically, before I'd even contemplated acting as a career. I've always loved acting though and it was through my A-levels that I decided to make the switch to the more theatrical world, with massive help from my ex-dance teacher Michaela Shaw who actually organised the meeting for me which eventually helped me to get into my drama school GSA (not sure I'd be where I am if it wasn't for her faith in me, thanks Kay).

Captain Corelli's Mandolin is opening soon at the Harold Pinter Theatre. Can you tell us more about the show and the cast?

The show mainly follows the lives of the villagers on a small Greek island called Cephalonia, and its eventual invaders from both the Italian and German armies in the 1940's. We look at how the impending war impacts the lives of these villagers and soldiers, and how new and unforeseen relationships blossom and shrivel from the invasion. What I love most about the cast is the variety of people we have. We have Irish, Welsh and Scottish natives all using their own regional accents throughout the play. We have women playing men and people playing animals; it just shows the incredible talent within the cast and I have the absolute pleasure of working with them every week. The cast dynamic is one of harmony, we all get along very well and pretty much spend a lot of our non-working hours in each other’s company (17 weeks and we're not sick of each other yet, it's a miracle, ha!). I think within the cast there are definitely bonds that will be there now for life, and I can proudly say I've made 14 new friends.

This is your first major role in the West End. Are you excited?

Naturally, I'm a very calm and collected person, and when you meet me, you get an air of not quite arrogance, but a sort of confidence in myself. I feel quietly calm as I write this, but on the day of our press night, it might be a different story entirely, hopefully my inner excitement won't pour out too much, time will tell.

Have you recently seen any show that you would recommend?

I haven't actually managed to get out and watch anything since I started this job, but I've booked to see Wife at the Kiln Theatre in the few days off we have before our West End transfer. It stars a good friend and amazingly talented actress Karen Fishwick, whom I haven't seen perform since her fantastic portrayal of Juliet at the RSC last year, so I'm quite excited to see her in action again. It's a play looking at the social restraints of same sex relationships in different times, starting in the late 50's and has had outstanding feedback, so I'm looking forward to seeing the story they have to tell. I'm sure this will be one I scream at people about, telling them to go and see it immediately, haha!