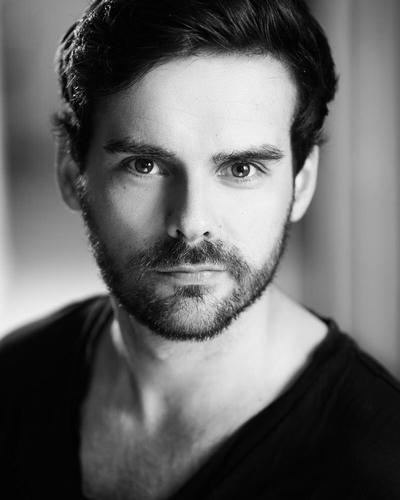 John F. Kennedy was one of the most popular politicians and admired by the whole word. The entire Kennedy family was an inspiration for many people.

If the musical Hot lips and cold war is so great, is also because of his cast (see my review and my previous interview). And JFK is superbly interpreted by Oliver Robert. Chapeau, Oliver.

Can you tell us more about you?

I have just returned from performing in my 'Hat-Trick' Christmas Pantomime at Hertford Theatre, this year being Rapunzel. I am also lucky enough to be apart of the powerhouse vocal group 'The Barricade Boys', travelling around the world, singing a variety of genres from Musical Theatre to Pop/Rock.

How is the experience of Hot lips and cold war going?

The experience has been amazing. To have the role of JFK was terrifying. It has been one of the biggest challenges in my career so far, however, working together with such a great team, on and off stage, it has allowed me to workshop and play around with different ideas easily. As a cast, we are such a tight unit, and has been a real joy to work and create such a wonderful show with them.

Playing JFK has been incredible. To really understand the depths of his life has been a real challenge in just two weeks, and to try and not be a 'copy' of him was difficult. With so many themes and feelings JFK goes through in the musical, its been exciting finding those different moments through the show. Thanks to the help of Tim McArthur (director) we really worked hard to find these and I hope that comes across in performance.

It really does come across. So, what is next for you?

Currently I am working with another vocal group called 'Her Country's Men', a wartime trio, performing the songs of famous wartime songs to celebrate and remember those who have served for our country. @hercountrysmen