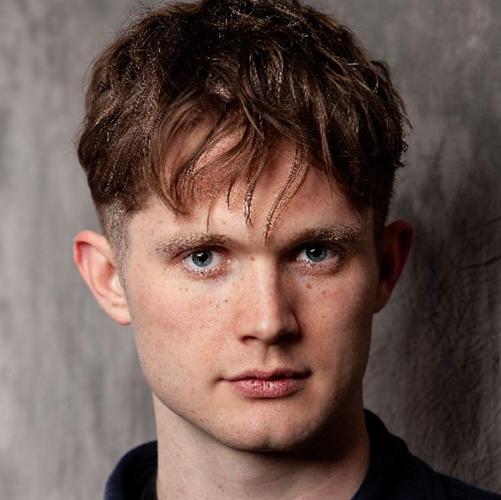 'Vincent River' at the Park Theatre was your first professional stage role and you were nominated Best Actor in the Offie Awards. How was that experience?

Working at The Park Theatre was fantastic! Everyone who works there is friendly, helpful and they are so accommodating'! It's a wonderful theatre to work at. The audiences  were always engaged and generous. I was thrilled to be nominated for an Offie award. It did wonders for my ego!

'Vincent River' is transferring this week to the West End's Trafalgar Studios. How excited are you about that?

I am so excited. I decided to become an actor after I got kicked out of school. If you had told me then, that I would be doing a play in the West End, I definitely wouldn't have believed you.

Could you tell us about the play and your character?

The play unravels and unfolds as it goes on. It reveals its secrets perfectly in one long poem. I play a young man called Davey. Mistreated and misunderstood. Lost. He has been following Anita for 3 months and even stalks her all the way from Bethnal Green to Dagenham where she finally opens her door to him. That's where we begin...

Is it a big emotional part? Do you like him?

The story is incredibly emotional. Grief and pain and tears. It's a mess. Yeah, I like Davey. He's brave. He's walks through fire.

It's only a two-hander, how important is it to get on with your co-star (Louise Jameson)?

You're right, it's only the two of us. We walk on at the beginning and once those lights go up there is no stopping the ride. Louise is fantastic and I'm so lucky to be working with her. I've learned a lot from watching her. Her work is incredibly nuanced and her performance is heart wrenching!

Is it a topical play? And does it have a message?

'Vincent River' asks a number of questions which are relevant today. For example, What can homophobia lead to? Are you doing what's good for your children or are you making them do what's good for you? For me, the most universal question is, What is the consequence of telling the truth? Both Anita and Davey Learn the truth from each other and, in my opinion, it sets them free.

Have there been any changes made to the production for the West End transfer?
We've tried out a lot of new things in preparation for this run. Some things have changed and some have remained the same. The work is definitely more detailed this time round.

Have you met Philip Ridley? And seen any of his other plays? I saw his play Moonfleece last year and I was completely blown away.

The first time I met Philip Ridley was last year after I saw a production of his new play Angry. He read his poetry afterwards to a large crowd of people and he was mesmerising.
What do you think about his style of writing?
His writing is so delicate and detailed. I think Philip is an extraordinary man and his work is just phenomenal!

Have you seen any other shows in London recently that you could recommend?

Yes, 'Top Girls' at the National Theatre is brilliant. Caryl Churchill is another writer, like Phil, whose work grips me and inspires me.

'Vincent River' is at Trafalgar Studios 2, Thursday 16 May to Saturday 22 June.