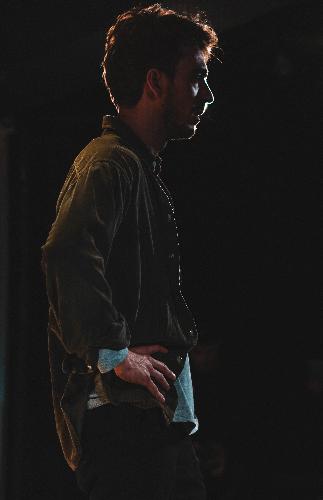 This is David Persiva's critically acclaimed debut. A true romantic himself, David has investigated his own journey through millennial adulthood and partnership to unearth a relationship that has prompted every reader of the text to respond with 'That's me, that's my story.' Us is a raw and personal piece about modern cohabitation, intimacy and the fantasy of love.

Hi David. Can you tell our readers what “US” is about?

Us is a tragic-comedy which explores the first half an hour and the last half an hour of a relationship three years apart, interrogating love, where it starts, where it ends and why it didn’t last.

Is this the first play you have written?

Yes. I’m working on a new one now. But Us is the first time I’ve written a full-length play for the stage.

The play had its first run a few months ago. What do you think about its success and are you excited about this second run?

We were blown away by the response our production received, from the industry and audience members alike. It was devastating that our initial run was interrupted by Covid, so we are excited for this one to see what momentum can build and, as actors, to get even further under the skin of the characters. It’s a really fun (if demanding at times) show to perform. And we can’t wait to get it back up on its feet.