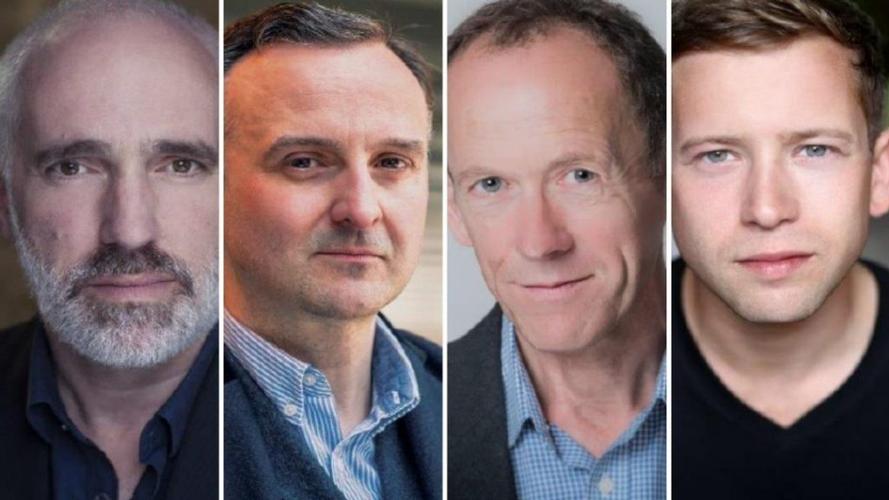 The Trials of Oscar Wilde co-written by Merlin Holland, Oscar Wilde’s grandson, with John O’Connor, begins its UK tour this month until June.

Based on the transcript from the Old Bailey trial in 1895, the production uses Wilde’s own words from the infamous legal proceedings when he was taken to court for criminal libel.

We had a chat with the Director John O'Connor

What attracted you the most to this revival?

Interest in Oscar Wilde has gone up hugely in the past five years since we last toured the show. He is the only 19th Century author I know of whose popularity seems to increase with each passing year and his work is now on the national curriculum and taught in schools. However, the events of the trials are still relatively unknown. While a lot has changed in the UK since Wilde’s conviction in 1895, he was only officially pardoned in 2017. His is story is still incredibly relevant. The charity Stonewall estimates that there are 72 countries in the world where it is illegal to be gay and in 8 of those it is punishable by death. Also, writers and artists who are thorns in the sides of the establishment are routinely arrested, tortured and even killed in countries such as Russia, China and Turkey so what happened to Wilde (and worse) is still happening today.

How much of his personal life informs the work of an artist, in your opinion?

I can’t think of another writer whose personal life is so indivisible from his work. His great period of creativity from 1890 to 1895 was just at the time when he was experimenting with, and fully realising, his sexuality. It’s easy to read Dorian Gray as mirroring Wilde’s own obsessions with youth, beauty and hedonism. In fact, he said himself about that story’s leading characters that they were extensions of himself. ‘Basil Hallward is what I think I am: Lord Henry is what the world thinks me: Dorian is what I should like to be – in other ages, perhaps.’

Much has also been written about The Importance of Being Earnest and Jack’s living of two lives (in town and in the country) while the author was living two lives himself. The Trials of Oscar Wilde begins with the opening night of Earnest at the St James’s Theatre. The play was running throughout the trials and it’s interesting to see how the evidence against Wilde is echoed in the play. For example, Earnest begins with a long discussion about a cigarette case with a dubious inscription. Many of the key pieces of evidence presented against Wilde in court were cigarette cases that he had given to young men. ‘Life imitates art far more than art imitates life’ he said in the preface to Dorian Gray, and in his case it is certainly true!

What was the main challenge in using court transcripts from another century as the basis of your script?

Well, the biggest difficulty was that the transcripts had all been ‘lost’ or possibly suppressed by the government of the time. That was until the transcript of the libel trial was discovered by Merlin Holland after more than 100 years. It runs to 80,000 words and is the closest thing we have to a recording of Wilde’s speech. The challenge was not what to include but what to take out! However, we have a duty to tell the story in an efficient and entertaining way so we had to be brutal in cutting out some of Wilde’s brilliant flights of fancy that don't advance the narrative. The second half is carefully constructed from newspaper reports and eyewitness accounts of the time, and it gives a flavour of the sensationalism and corruption that surrounded the trials.

How was it co-writing with Merlin Holland?

It was a wonderful experience and as near as one can get to writing the play with Wilde himself. Merlin is a great scholar of Oscar’s life and work and I come from a theatre background so we complemented each other very well. His eye for historical accuracy was balanced by my sense of theatricality and so we’ve come up with a form of verbatim theatre that captures the spirit of Oscar Wilde in all its complexity, humanity and wit.

This is not your first theatre piece by or about Oscar Wilde. What intrigues you about the author?

He was his own greatest paradox, a complex mass of competing desires and contradictions. For that reason he seems very modern to us in the twenty-first century. As the writer Colm Tóibín perceptively said: ‘Wilde in London was both an Englishman and an Irishman, an aristocrat and an Irish patriot, a family man and a man who never seemed to be at home, a dilettante and a dedicated artist. Everywhere he went, he left behind in some attic of the mind, an opposite self, recently discarded.’ The notion that a human being could be one thing and another at the same time was profoundly shocking to the Victorians, brought up on the certainties of Empire, monarchy, religion and morality. The fact that these institutions were masks for terrible hypocrisy was something that Wilde knew and satirised in his plays. It’s a cruel irony that when he was arrested, the hypocrites finally had their revenge. However, he seems to be having the last laugh as his work is performed all over the world and his tragedy has made him immortal.

Is there one of Wilde’s aphorisms that you particularly feel for you?

Well, with the absurdity of Brexit going on, this feels especially topical and comforting:

'To disagree with three-fourths of the British public on all points is one of the first elements of sanity, one of the deepest consolations in all moments of spiritual doubt.'

The Trials of Oscar Wilde will go on tour. What is a common message across the country you’d like the audience to take with them?

We think we know Oscar Wilde but this play shows him to be a very complex, flawed individual leading many lives at the same time. We get to hear him speaking in his own unguarded words at a time of great personal crisis. He stumbles, evades, lies but also shows great brilliance and lightning wit. The audience acts as the jury in the trials and we present the evidence for them to consider. So we would like them to come with open minds and to judge for themselves if Wilde was hero or villain, saint or sinner, victim or fool. Everyone loves a courtroom drama but this one features the wittiest man who ever lived!