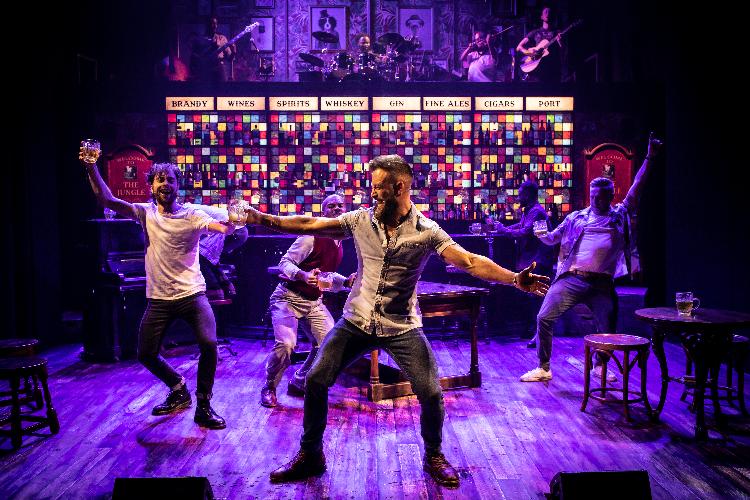 Ok, I’ll admit it. I was a bit nervous about how this production would fare in its move from Southwark Playhouse to the much less intimate Garrick Theatre. It turns out I had nothing to fear.
Jonathan O’Boyle’s production owns this grand space and rightly so. Front and centre are Molly Lynch as Cathy and Oli Higginson as Jamie, and simply put, they are extraordinary.

Through O’Boyle’s direction, they have turned this musical into an exhilarating dance that guides the audience through the five-year relationship of the two characters. Told in opposite directions (Jamie - beginning to end and Cathy - end to beginning), this piece is the definition of dramatic irony and is, therefore, able to tug at your heartstrings in a unique way.

As in their original run, Lynch and Higginson take on the role of actor and musician, each accompanying the other on the grand piano that takes centre stage. This decision adds so much to the storytelling of this production and now cannot imagine it being performed in any other way. Jason Robert Brown’s beautiful score comes alive between the pair and develops into a method of response for the characters when they would otherwise be silent. The piano becomes a playground for Lynch and Higginson as it revolves precisely to emphasise climatic moments in the music.

Both of the actors pose sensational voices and present a masterclass in acting through song. Lynch perfectly captures Cathy’s spirit. Her vulnerability, charm and sadness weave through Lynch’s performance and it is a delight to witness. Higginson is equally impressive in his performance. Jamie’s bold charisma is effortless and superbly balanced with his egotistical character. The dynamic between the two is graceful and mesmerising and I can’t wait to see where they put their talents next.

Lee Newby’s brilliant and effective set is lit delicately and powerfully by Jamie Platt and the two work in tandem to complement the strong imagery that O’Boyle has painted.

Additional orchestration has come from Leo Munby and Nick Barstow and it lifts the music to new levels, filling the large space beautifully.

Each element of the production has been skilfully arranged to create a wonderful evening of entertainment.
To quote Cathy, “I think you’ll like this show. I promise it doesn’t suck.”
I beg you, do not let this one fly under your radar, this is a must-see.

It runs until 17 October. Tickets: here.