The Showstoppers Will Present An Alternative Eurovision Song Contest - News 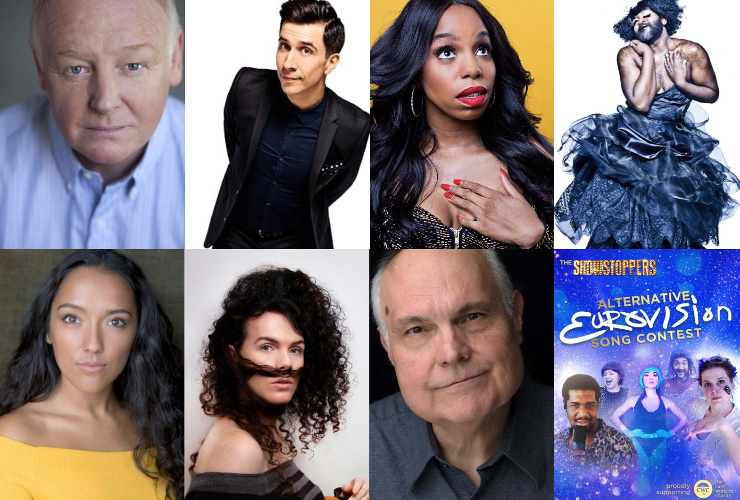 For this Alternative Eurovision Song Contest, The Showstoppers will be joined by an all-star cast of celebrities including actor Les Dennis, comedian Russell Kane, comedian London Hughes and cabaret star Le Gateau Chocolat as judges and Grace Mouat (‘& Juliet, ‘Six’), singer Jordan Gray and improv legend Mike McShane as guest performers. Further guest performers have yet to be announced.

The show will feature brand new songs parodying Eurovision genres expert commentary and interactive voting and will help raise money for The Care Workers’ Charity – for which last year’s event raised over £7,000. To vote, viewers will need to make a donation via The Showstopper  PayPal on the night, with profits going to The Care Workers’ Charity.

All of the songs featured in the Alternative Eurovision Song Contest will be written and recorded by The Showstoppers and the guest stars in collaboration with the company’s musical directors – Duncan Walsh Atkins, Christopher Ash and Jordan Clarke. The evening will be hosted by Pippa Evans and Andrew Pugsley.