The West End will be Al Fresco - News 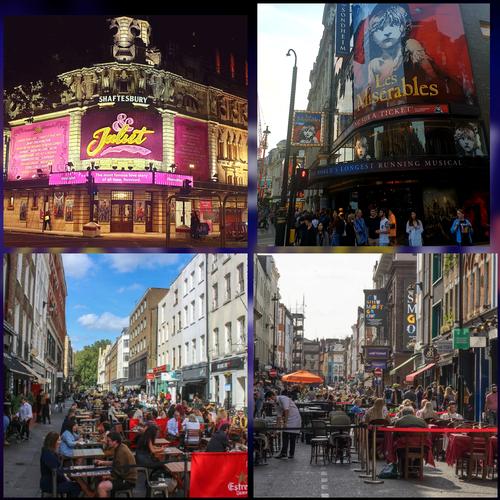 After Boris has unveiled his roadmap to reopen the economy after the pandemic, with outdoor dining starting on April 12, and theatres the following month, the West End is ready to be transformed again.

A total of 60 roads will be transformed into traffic-free zones: Westminster council bosses have decided that Dean Street, Old Compton Street and Greek Street in Soho, Lisle Street in Chinatown, St Martin’s Lane and Maiden Lane in Covent Garden, and Chiltern Street in Marylebone will all be amongst the streets closing during the daytime and into the evening. That could allow restaurants to spill out onto the streets for al fresco dining.

The plan will also see the widening of pavements to make room for outdoor tables and chairs.

In the meantime, Nica Burns - Nimax Theatre’s chief executive - said that all six Nimax Theatres will open in May.

Prior to the closure of West End theatres in December, all Nimax Theatres were open with productions including Six at the Lyric, Death Drop at the Garrick and a series of concerts at the Palace. Upcoming shows set to return include Everybody’s Talking About Jamie at the Apollo, with Magic Goes Wrong coming back to the Vaudeville later this year.