The American musical fantasy television film will be on Disney+ 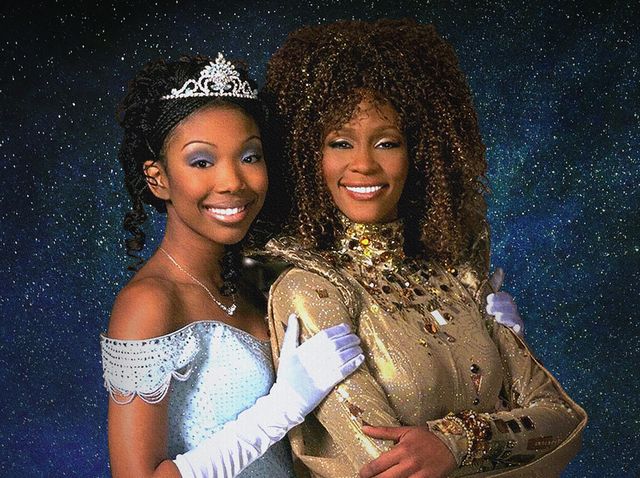 Rodgers and Hammerstein's Cinderella, starring Brandy and Whitney Houston, will come to Disney Plus beginning Friday, February 12, and will be available in the UK from 5th March

Cinderella stars Brandy in the title role and Houston as her Fairy Godmother, alongside Goldberg as Queen Constantina, Bernadette Peters as the evil Stepmother, Paolo Montalbán as Prince Christopher, Victor Garber as King Maximillian, Jason Alexander as Lionel, Natalie Desselle as Minerva, and Veanne Cox as Calliope. Robert Iscove directed the film, which has a screenplay by Robert L. Freedman and choreography by Rob Marshall.

The film debuted on ABC on November 2, 1997 and originally aired to 60 million viewers and has been noted ever since for its diverse representation. It was nominated for seven Emmy Awards, winning for Outstanding Art Direction for a Variety or Music Program. The song list includes "Impossible," "In My Own Little Corner," and "Ten Minutes Ago," as well as several other Rodgers and Hammerstein tunes, like "Falling in Love With Love" (originally written for The Boys from Syracuse), "There's Music In You" (written for Main Street to Broadway) and Rodgers's "The Sweetest Sounds" (written for No Strings).