What a Carve Up! - Review 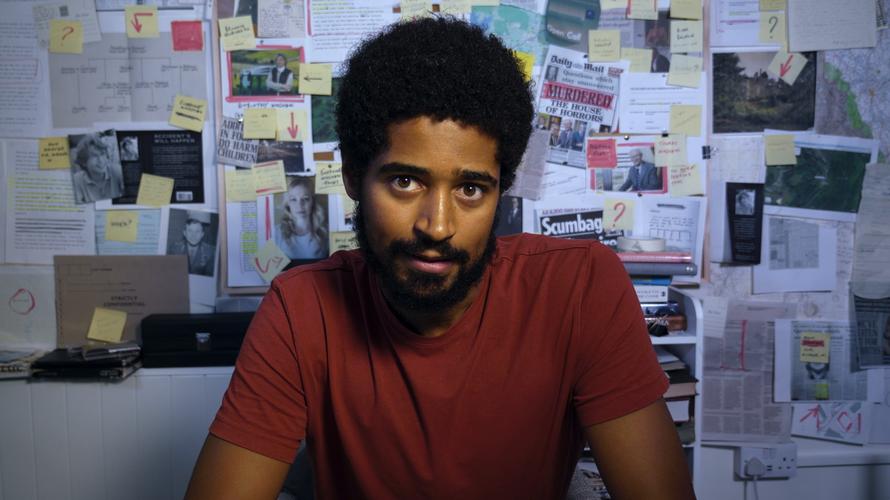 What a carve up is a docudrama, produced by Barn Theatre, Lawrence Batley Theatre and New Wolsey Theatre, written by Henry Filloux-Bennett and based on the satirical novel by Jonathan Coe, published in the UK in April 1994.
The book is about a rich, privileged and downright nasty family called the Winshaws, their obsession for money and power. Different members of the Winshaw family personify different aspects of the darker regions of the late Thatcherite period. Michael Owen, author of two well-received novels is now reclusively stalled on his third project: a biography of the awful Winshaw family. Michael is the prime suspect in the murder investigation, when six family members of the Winshaw family are murdered.

Alfred Enoch is Raymond Owen. Watching the camera, he is recording a YouTube video to tell the story of his father, with an inventive mixture of archive footage, photographs, and various voice works.
Deep down, he knows his father did not kill those people, despite all the police investigations lead to him. But Raymond has decided to do his own research and to prove his father’s innocence. Will he be able to do it?

Alfred is outstanding: he is honest and convincing. After Red and Tree, he delivers another brilliant, natural performance.

The only two other actors of the show are Tamzin Outhwaite as the interviewer and Fiona Button as Josephine Winshaw-Eaves, the only surviving member of the family.

The first 20 minutes of the show are not easy to follow: there is a considerable amount of information, names, and situations to remember. But then, everything comes together, the story starts to make sense and keeps you engaged until the very end.


What a carve up is a cleverly constructed murder mystery made in a YouTube/docudrama style. A compelling story told in an innovative, realistic and bold way.

Yes, it is not a live show, there is no stage, no audience and it is more of a movie than a theatre show as we know it. But we are in times of lockdown, and theatre has to adapt to the circumstances. And, in this case, the adaptation could not have worked better.