A dated revival of a tormented love story 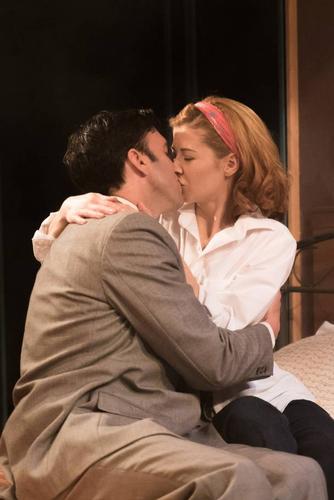 Sometimes I wonder why some plays come back as revivals and Two for the seesaw is one of them.

Jerry (Charles Dorfman) is a businessman, newly arrived in New York. Though unhappily married, he is averse to asking for a divorce. This state of affairs gets dicey when he falls in love with a professional dancer, Gittel (Elsie Bennet). Once he does get a divorce, though they remain fond of one another, the couple finally realize that any future relationship will do more harm than good for both of them.

Two for the seesaw is a wordy play where not much happens. There is a fluctuation of power that goes back and forth in the relationship between the two characters.  And the endless, stilted, rigid dialog ultimately goes nowhere. It's enough to drive any viewer to distraction. The story, what there is of it, appears too dated to resonate with contemporary audiences.

The idea of a story about two people who need to have other people depending on them is interesting and there are some funny moments, but even if the play is more than two hours long, it is really hard to empathize with them and care about their destiny and the dramatic end.