Sister Act 3 Is In The Works 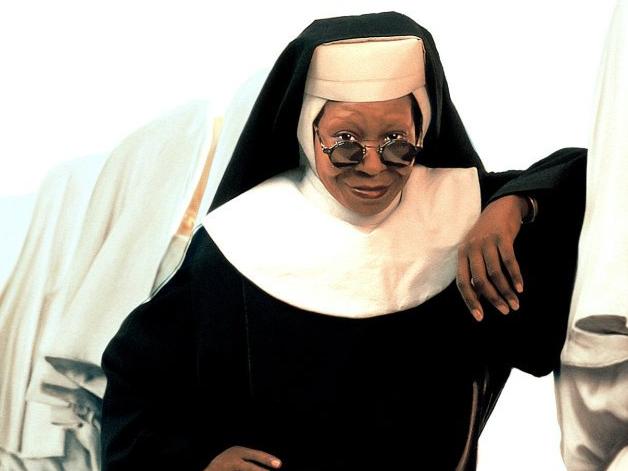 Speaking to James Corden, Whoopi revealed she was still keen to reprise her iconic character Sister Mary Clarence. The actress is “working diligently to try to figure out how to get the gang together and come back.”

The 1992’s “Sister Act,” is the story of a lounge singer who is forced to join a convent after being placed in the Witness Protection Program. The goofy flick spawned a sequel, “Sister Act 2: Back In the Habit,” in 1993.

“It’s a really fun movie,” said the EGOT winner of the franchise’s pending Act 3.  “It’s fun and it feels good and you know, nobody’s mad. It’s just like listen, bad singing, great singing, OK singing and then nuns. What’s better than that?”