Rishi Sunak: people in 'all walks of life' need to adapt for employment - News 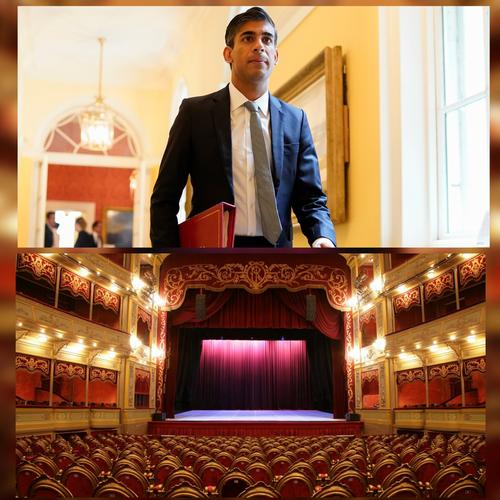 UPDATE: after the news was posted by ITV, the Chancellor has said that his comments were about employment generally and not specifically about the music or arts sector. ITV has updated its article.

After Business secretary Alok Sharma outraged last week workers in the struggling sectors – such as theatre – after he suggested that the government could help some of them get “better jobs”, it is now Rishi Sunak’s time.

ITV reports that the chancellor has suggested people 'in all walks of life' should look to find new opportunities as he declined to provide further support for struggling workers amid the continuing Covid crisis.

Rishi Sunak, asked whether out-of-work creatives should find another job, said: "I can't pretend that everyone can do exactly the same job that they were doing at the beginning of this crisis. That's why we've put a lot of resource into trying to create new opportunities. The Government is trying to do everything we can to protect as many jobs as possible" but conceded unemployment is "likely to increase".

Asked whether he was suggesting some of the UK's "fabulous musicians and artists and actors" should get another job, the chancellor suggested there is still work available in the creative industry but said "as in all walks of life everyone's having to adapt".

He added: "Can things happen in exactly the way they did? No. But everyone is having to find ways to adapt and adjust to the new reality."