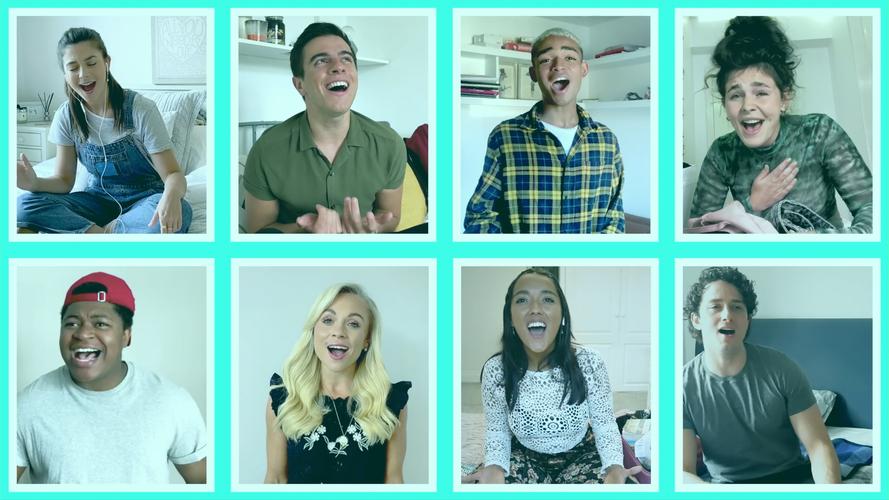 Current West End stars have come together during lockdown to perform the opening number, ‘Flat 15B’, from brand new, British musical: Halls.

Launching the song ‘Flat 15B’ sees the London public premier of the musical’s opening number which presents music and lyrics by George Stroud and Jennifer Harrison.

Halls follows eight, first year, university students from all different backgrounds and upbringings, being brought together when they are all allocated the same flat in Halls of Residence: Flat 15B. The musical follows all eight characters as they grow and develop over the academic year, highlighting the highs and lows of going to university. Halls explores many aspects of uni life including; freshers week, exam stresses, flat arguments, the cost of student living, romance, and self acceptance. We watch as characters find their feet in a world where their decisions are now entirely their own. The musical’s pop rock, contemporary soundtrack provokes feel good, upbeat vibes that reawaken nostalgic, first year at uni, memories.

Halls will be making its London debut in 2021 and writers George Stroud and Jennifer Harrison have committed to casting at least two new graduates in the production to help provide a platform for performers at the start of their career.

Dates, Venue and Creative Team to be announced.

You can watch the video here