A deep insight into the fluidity of love 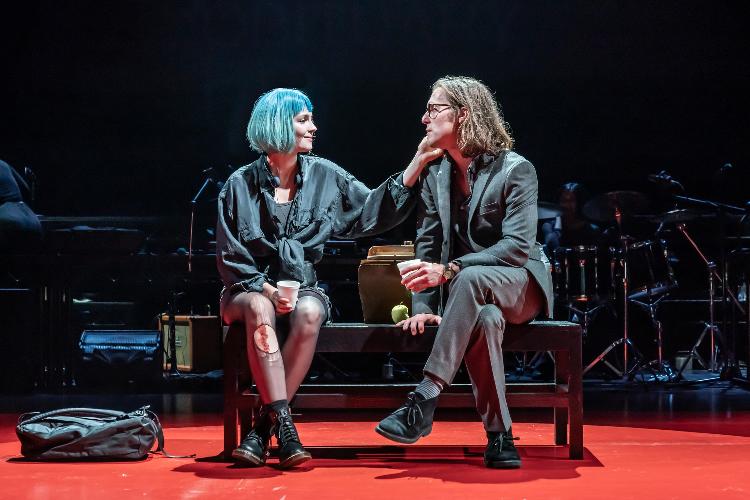 Celebrating Patrick Marber’s 25th anniversary of Closer, the Lyric Hammersmith have revived the play with style and punch. Clare Lizzimore’s incredible cast of 4, as cast by Lotte Hines, capture the power of the text with rare skill. From the atmospheric introduction of Radhika Aggarwal’s music to the final breath from Jack Farthing, the cast and creatives are completely enchanting.

Closer depicts the story of seemingly mundane obituarist Dan meeting young quick-witted Alice. From this coincidental spark, every relationship to follow has damaging consequences. Dan’s own temperament leads him to seduce Anna, a photographer taking his image in lieu of his book. His mischievous catfishing online, sets up a surprise relationship between Larry, a sexually frustrated online pervert, with Anna. Despite varying levels of chemistry and compatibility, nothing is predictable in this tale of love, lust and betrayal. 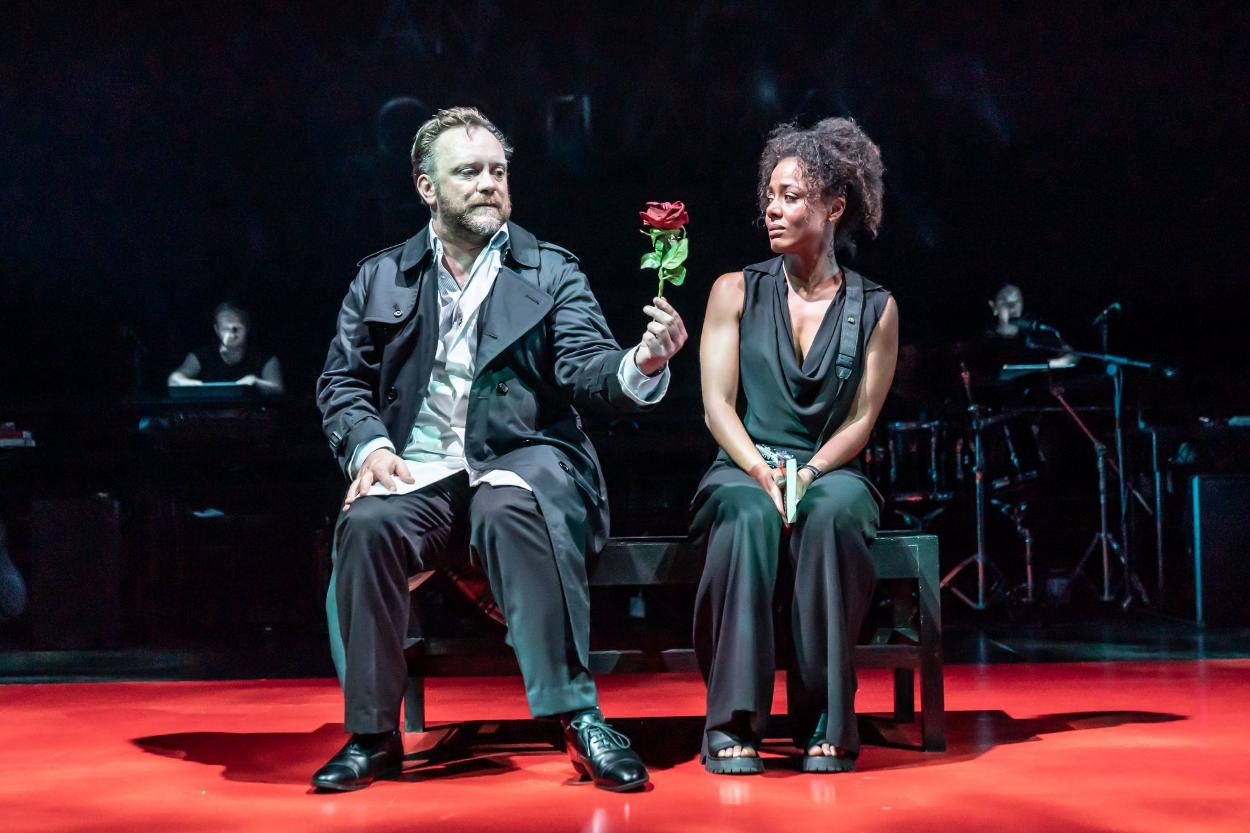 Lizzimore’s adaptation is simple and effective. Despite the many accolades, star-studded film, and raving reviews, Lizzimore certainly lives up to the expectation giving Closer a meaningful fresh perspective. With some lilting vocals from Alice, played by Ella Hunt and a minimal contemporary influence from Richard Howell’s lighting design and Christopher Shutt’s sound design, the focus of Lizzimore’s production lies on the shoulders of the actors and the text which gives this piece space to flourish.

Jack Farthing’s Dan is perfectly placed, the presence and self-contained poise give every twist and turn a reality in what could seem largely unconventional. Farthing’s relationship with Nina Toussaint-White’s Anna is extremely powerful. Toussaint-White matches Fathing’s command with their own emotional flexibility. Likewise, Sam Troughton’s Larry is incredibly emotionally dexterous; their journey across so many heart-wrenching circumstances is a true masterpiece. Hunt gives a compassionate and sensitive performance as Alice. Their ability to navigate a great emotional spectrum is impressive.

Lizzimore’s direction is exciting and original. As Anna is giving Dan the difficult news, the same space is used for Larry’s desperate demand of Anna keeping us in motion as the plot thickens. The throughline is kept on track throughout with creative vocals and the soft support from the chorus, made up of the Lyric’s Springboard drama school for under-represented backgrounds. In addition, Aggarwal’s musicianship is spellbinding – the array of instruments and sounds create a unique atmosphere.

Despite celebrating its 25th anniversary, Closer remains relevant and touching. There are many plays that don’t age well. Yet, Marber’s text is just as relevant and shocking as 25 years ago.

It runs until 13 August. 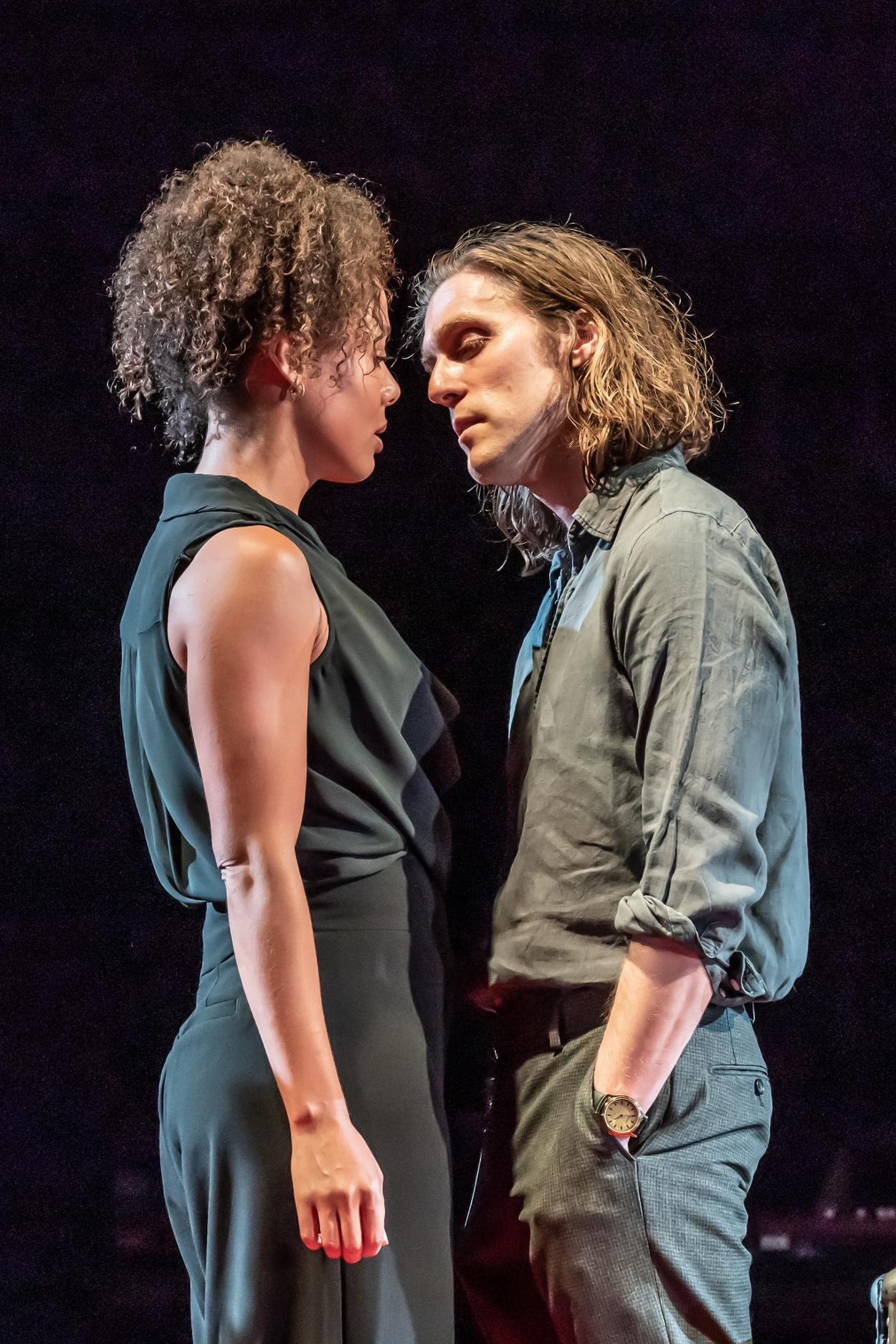