“My name is Karen. I’m eight and half years old and I hate myself already” 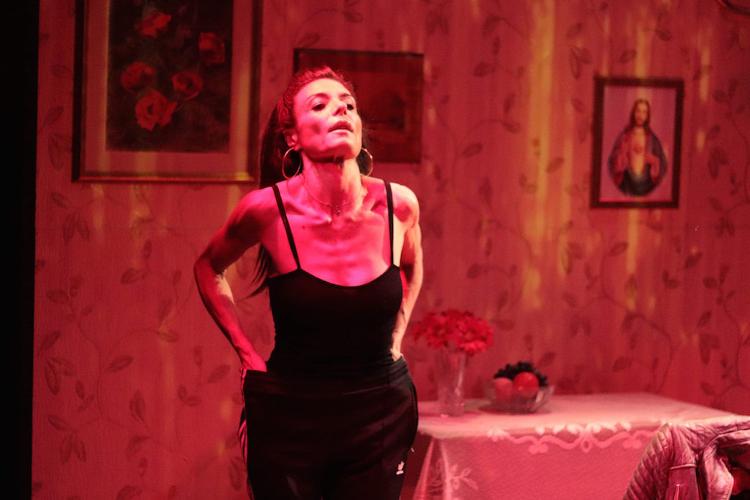 A tale of love, loss and loneliness, Darkie Armo Girl is the refreshingly dark and twisted true story of Karine Bedrossian, as she recounts her past from a young girl to the woman the audience sees before them.

Raised in London as an Armenian Cypriot child by a family who fled the Cyprus Civil War, Bedrossian recalls her childhood as she discovers friends, loses friends and experiences her first encounter of being sexualised at a young age. As the play goes on, Bedrossian takes us through her life where she began as a dancer, always carrying a passion for the stage. Throughout her career, she is taken advantage of by various men throughout her life, including those in her management when she becomes a successful singer.

What makes the play so special and relevant is how we see the true story of a woman who has been abused by the patriarchy her whole life and how it shaped her world. Bedrossian displays how she (and many other women) is a victim to the unshakeable system that thrives on oppression, a system set so ardently in stone that it wouldn’t even take an army to dismantle it. A mention must also go to the director, Anastasia Bunce, who brings this dense and dark story to life through physical techniques and thoughtful pacing.

This one-woman show is as exciting as it is shocking as it bravely breaks boundaries and unashamedly tells the story of a woman who has strived to thrive in a patriarchal world that has continued to let her down.

Darkie Armo Girl is performing at The Finborough Theatre until the 9th of July.