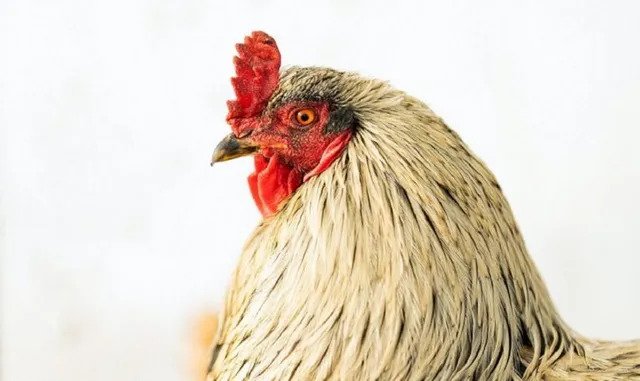 Strange things happen in flatshares in Shoreditch. Josh Husselbee’s play Hen leans into that idea and embraces the weirdness by adding a chicken to the picture. Flatmates Andrew (Oliver Lyndon) and Alister (George Fletscher) have been friends for years, and while one is desperately trying to get his life together, the other one is celebrating the absolute senselessness of his.

Under the direction of Sarah Fox, Hen quickly introduces us to the two opposing characters. Alister is a recovering addict with a troubled relationship with his late mother, and a tendency to not finish the things he starts. Andrew on the other hand has everything going for him, as he enjoys the lavish trust-fund life and engages in medieval roleplay with his countless mistresses.

Alister’s mum’s will shakes the life of the two bachelors up as it includes a chicken that needs to be kept alive in order for her son to inherit a notable sum of money. The chicken – lovingly named Hen – henceforth is the centre of the story. And while it is often not part of the action, nor actually visible on stage, it never ever leaves our thoughts.

While Andrew and Alister navigate their upper-class lives with their unlikely flatmate, the chicken is a catalyst for every question that we ask ourselves. Imposed on it are questions regarding Alister’s recovery, his ability to take care of himself and the things around him and his inability to come to terms with his mother’s death.

While Hen engages in conversations about drug addiction, the loss of a parent, and the meaning of friendship, it skitters through rather than engage with it. Fletscher and Lyndon jump from scene to scene trying to deliver a comedic interpretation of a friendship, while not quite acknowledging their characters’ depth. Their personalities appear flat and two-dimensional as the chemistry between Alister and Andrew struggles to catch a spark. Even though the actors are visibly leaning into strong choices, the stakes are never set quite high enough for us to care about anything other than the invisible chicken.

And so, when it is time for the payoff, and the carefully decorated stage has been turned into a slimy, feathery mess, all that seems important is the wellbeing of the barn animal - rather than that of our two protagonists who look as if they have been through hell and back. In those moments, where one desperately hopes to see the world through the eyes of the two troubled characters, a repetitive back and forth takes its place.