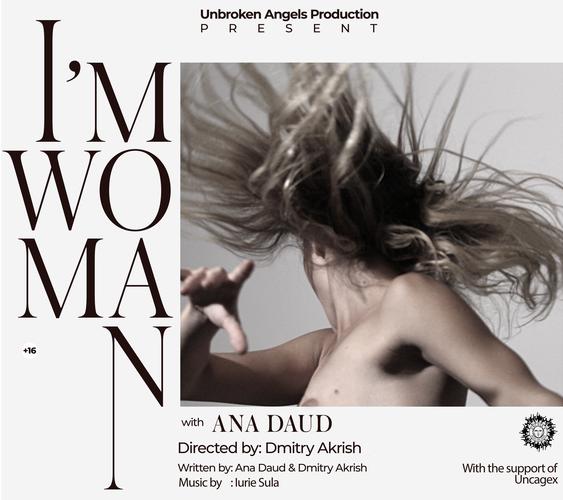 Before the show begins the audience is divided by men on the left and women on the right.

Ana is on the stage laying down, as the lights dim she begins to digest as many pills as possible. It is clear that this is a suicide attempt. She spits up the pills and water about four times before running over to the noose on stage. Ana begins to scream about being abandoned by her parents. She hates her body, she has bulimia, anorexia, fears of love, and has gotten involved with drugs. This is all said in rebellion to her mommy.

There are technical difficulties throughout the show. The microphone not working, which Ana adapts and the smoke machine going off every 10 mins with a very loud buzzing. She turns this off and states “it’s better this way, it is ruining my show.” We agree, there is laughter to take away this tense break of the fourth wall.

Ana lays on a table facing us upside down with a red light shining above her as her heart rate is projected on the wall. A voice over from a doctor narrates how to give an abortion to a woman this far along. This part was truly disturbing and disgusting. “Every min 80 women get an abortion. 80+1.” This ‘fact’ seemed forced to me, it felt as if I was being spoon-fed to learn about all the mistakes this woman has made before developing any sense of empathy or likeness for her character. Her story held no structure and due to her accent some of the writing didn’t translate well. Ana then goes on to say how woman are only products to be sold when we are young which I found very NON woman of her.

She peeled an orange and gave the pieces to men in the audience shaming them for not sexually pleasing their woman. Ana grabs the mic and tells of the journey of her becoming an escort through the promise that she would one day become a model. Her point was for humans to be more understanding of those who are poor and how they earn their living.

To sum up this negative harrowing story Ana gets pregnant, complains about her father never being around, and then has a daughter of her own. This was the most grounded Ana was in her acting since she wasn’t screaming, shaking or convulsing. The show ended with a five minute video projection of women giving birth. Footage of men being asked “What is a woman mean to you.” Honestly, that was the best bit of it, men saying how powerful woman can be. I understand the mark Ana was trying to hit ,but the lack of good writing and direction she lost me completely, it was a very uncomfortable 90 minutes.