‘We don’t mind losing. Just thought we’d have a go’ 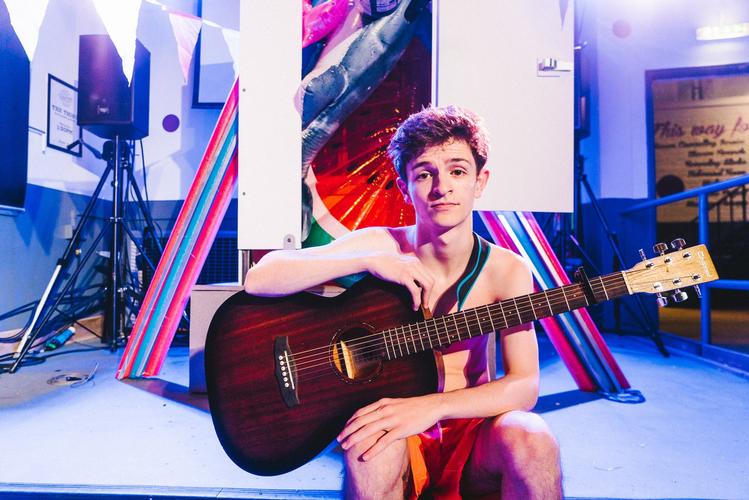 Writers Tom Wells (words) and Matthew Robins (music) have given us a comedy story about Liam, a gay teenager who is in love with the lifeguard of the local swimming pool. But he can’t swim.  The idea of the show is: ‘We don’t mind losing. Just thought we’d have a go.’ Basically, just do it. If you can’t swim, take lessons. If you still aren’t good enough, just try.

Liam (Andrew Finnigan) is supported by his friend Caz. He confesses her the hard truth after she decides that they are going to start a synchronised swimming team.

Liam is charming and funny. He is naïve, lovely and innocent: Andrew is perfect in this role. He is tormented and tries to ease his tribulations by singing with his guitar in his bedroom and talking to Spiderman.

There is some audience participation and people are encouraged to wear a poncho at some point (but why?). Still, the monologue is slight, and the songs samey. Not that they are bad; they just sound a bit repetitive, until the last sing-a-long with confetti cannon.

Drip is an enjoyable little (55 minutes) show, who will cheer you up in this cold December. And maybe will encourage you to swim and go for your dreams.

Drip at Bush Theatre until 22 December