The war of the worlds - Review - O2 Arena

Martians against humans: who will win? 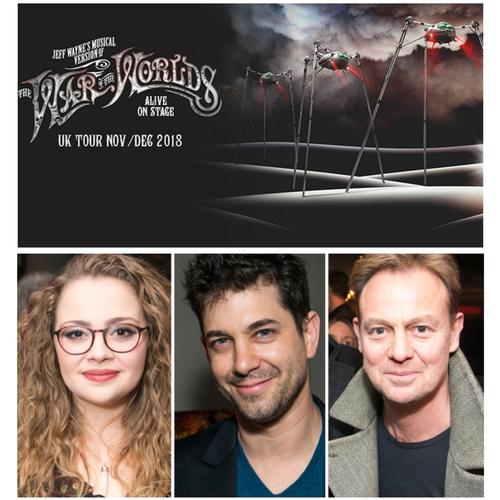 Jeff Wayne's musical version of The War of the Worlds is touring the UK, featuring an appearance by Liam Neeson via holography.

The cast is great: Jason Donovan plays Parson Nathaniel, Carrie Hope Fletcher his wife Beth, Adam Garcia The Artilleryman, Newton Faulkner performs The Sung Thoughts Of The Journalist, Nathan James is The Voice Of Humanity, and Anna-Marie Wayne is The Journalist’s Fiancee, Carrie. The problem is that their roles are very tiny (one song each).

Liam Neeson is the narrator, The Journalist, shown as a hologram on the stage.

Sounds all great? Ehm, not really.

There is no soul, no humanity or emotions in this bombastic show: yes, you can find lights, flames, fires and all the spectacular effects that you expect in a production that talks about Martians who make an invasion of our planet. But that’s it.

The huge band performs with great energy the dynamic score, but the volume is so loud that the actors almost need to scream to make their voices heard.

The story shows its age: there have been so many stories about aliens in the last forty years, that it is evident that this one looks dated.

It is visually impressive, and it could be fun to watch for a few minutes, but even in terms of visual effects, they are overwhelming, and especially the continuous green laser lights flashed to the audience are very annoying for the eyes.

I came out of this incredibly loud and strange show (as it is not a musical, it is not a concert, so what is it?) as if I didn’t go to see a musical, but had a fight with Mike Tyson. Which, I, obviously, lost.

Now, let me go get some Nurofen.