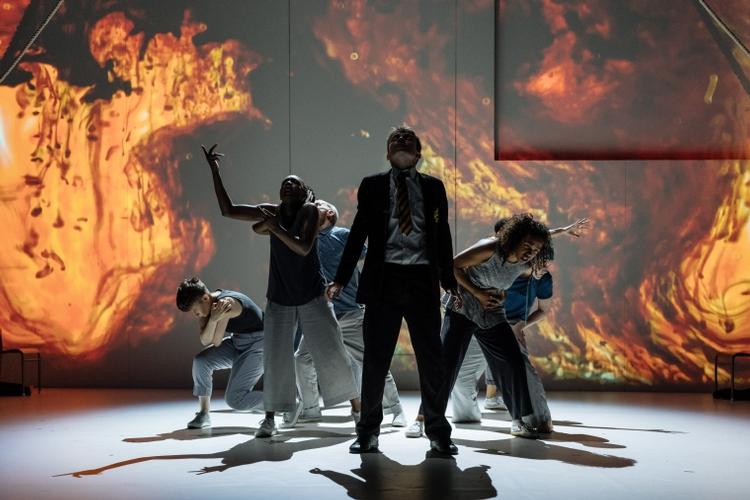 Patrick Ness's A Monster Calls tells the story of a dying mother and her boy, who is sad and unable to cope with  the diagnosis of his mother's cancer. He awakes a monster that wants to tell him three stories and hear one in return.

I am sure that the book must be amazing, given that won several awards. I am also sure that the author poured himself into this sad story. I have not read it, so I can't really comment on that.

But this stage adaptation lacks empathy and suspense.

The white set does not change much, and the monster is made of ropes, which probably is not the most satisfying visual choice. Still, there are many details that make this stage version a work of art and, also, the background music is just beautiful.

A Monster Calls is a slow paced story that tries to be both a thoughtful story  and effects show. It delivers on both, and both kind of work too, but the result feels more artificial than heartfelt, sadly. The main characters don't have the impact that they could have had.

The result is a child-oriented play that has all the emotional weight of an attractive video-clip. It's nice enough to watch, but not really going places.

A Monster Calls continues at The Old Vic until 25 August