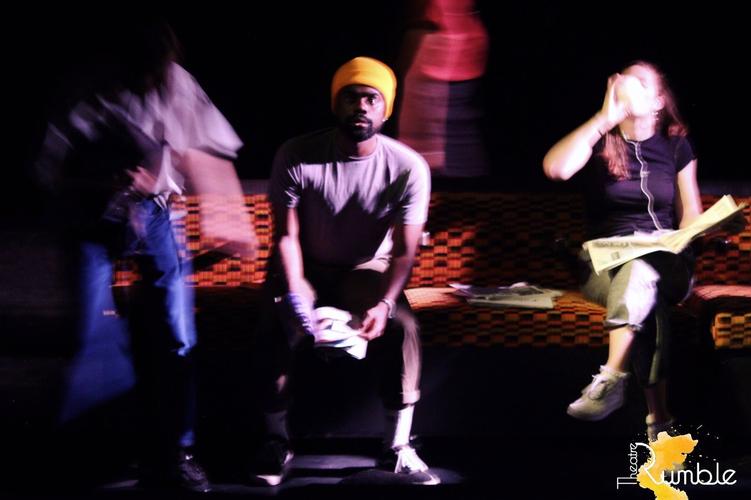 The London tube is a world. Actually, a universe. It extends to 249 miles with 270 stations and 1.37 billion passengers per year.

And the question that Sardines tries to raise is: can we be lonely between a billion of people?

We see different scenes inside a tube wagon that come in succession in the 60 minutes of the show. The 5 actors play different characters: the couple that has been together for 7 years; two friends talking about Beyoncé’; the guy who tries to engage other passengers with a quiz; the young single pregnant woman scared about the future; the insecure and sad woman who google her name to know who she is; the lonely woman who imagines to have some kind of relationship with the person sitting next to her; the crying man; the broken hearted girl, and so forth.

The scenes go rapidly but there is a lack of structure and they appear disjointed – and not particularly funny or emotional. It is hard to get the message of the play with such limited time given to each situation and if this is a play about loneliness it is even harder to empathize with any of the characters.

The best part of the show is a short reflection about London, just at the end. It is easy to be lost and feel lonely in this capital, but we are lucky to live in a city that has it all. And, if someone ask us how we cannot be overwhelmed by it, well, the metaphor that London makes us feel satisfied like after eating a big good lunch is quite revealing.

But unfortunately is not enough to save a play that, unlike the underground, seems not to know where to go.

Sardines is at the Drayton’s Arms until 7th July