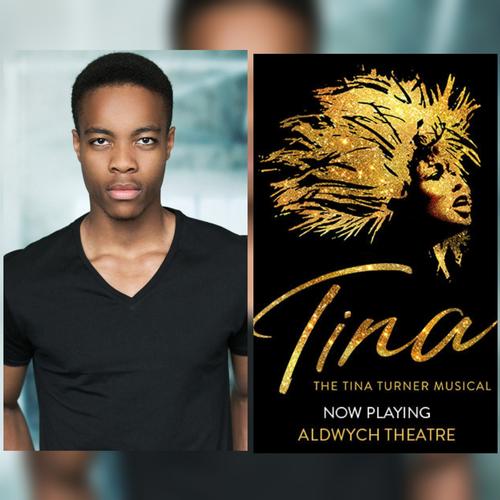 The first time I saw Kit was two years ago and since then his career has gone so well that I thought it was about time to catch up with him and let you know him better.

Hi Kit! Tell us about your beginnings..

I started theatre training when I was 13 year old. I started part-time Drama at Theatre School and then I won a singing competition for students and in the audience there was a school agent; they asked me to join the full time. I agreed but I had to keep my Academic because my parents wanted so. I did Academic and Performing alongside each other until I was 18 and at that point I could not see me doing anything else.  Even if I was the black sheep of my family, because all of them are Academic (lawyers, doctors), my uncle is a dancer  - Kenneth Tharp (just awarded a CBE) - so I guess the love for performing comes from him.

You are in Tina the Musical. Tell us about it..

It is going very well. Obviously with a new hit show we are constantly rehearsing every day even after the Press Night. We had such great responses, we have been sold out pretty much every night – which is amazing and we got in touch with amazing people as Tina Turner herself or Oprah Winfrey who was there few days ago.

Tina Turner is the queen of Rock and Roll, people love her songs. I think many people know her history of being abused by Ike, but they don’t know the extense of it so people come to hear the songs but then they find themselves surprisingly moved because it is a dark story. People see the glitter, but see less the journey, what goes behind the scenes.

Have you seen any other shows recently?

The most recent thing I saw was Grinning Man which was very good – I didn’t know what to expect but I really enjoyed it. I also saw Strangers in Between, because  I was in Sydney shooting a film last year but I was also in Mark Colvin’s Kidney, another play by Tommy Murphy, who is the writer of Strangers in Between.