Do you fancy some rock and roll music? 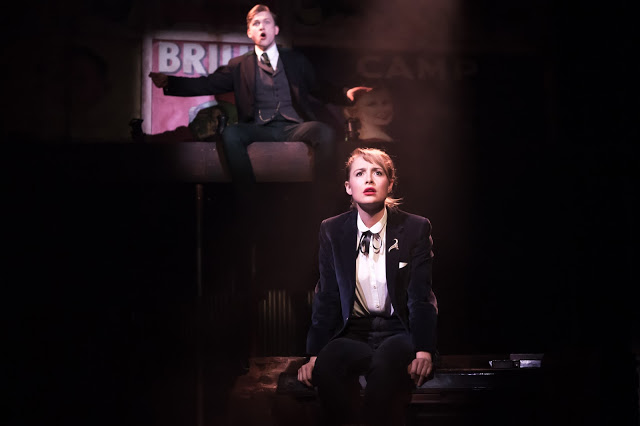 Teddy is a rock ’n’ roll musical set in 1956 Elephant and Castle about two teenagers, Josie and Teddy (Molly Chesworth and George Parker), who dream to escape to America and travel like new Bonny and Clide.

There is a four person band on the stage and their music, together with the energy of the two actors, gives a nice buzz to the room.

Unfortunately, it did not work for me. I found the story too light to feel engaged by it. The two actors – both very good – spend most of the time in different parts of the stage telling the story in form of rhymed monologues watching the audience – and sometimes it was not easy to follow the flow of the words.  The acting felt to me not natural and somehow caricatural.

I guess my disappointment depends on the fact that I was expecting a musical. But if you want to see a play in verse with intense acting and  (good) old rock and roll musical backdrop in a good venue (like the Vaults), well, come and enjoy the show because it is for you.