What does really mean being a musical actor in London today? 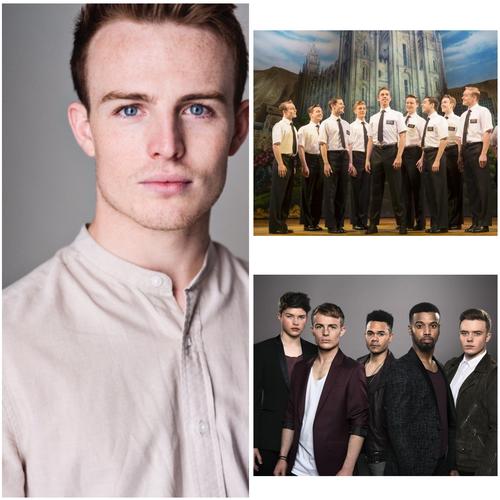 The one you are about to read is more a chat than an interview.

Danny is a musical performer and we have discussed not just his work and the beauty of it, but also the difficulties. I admire Danny for what he said in this chat; he and all the actors like him will always have in Londontheatrereviews a place where they can talk freely about anything – not just their work. Go on, Danny!

I am 25 years old and originally from Bradford, West Yorkshire.

I’ve always had a love for singing and Musical Theatre. I used to perform the whole Barney (The Purple Dinosaur) Christmas album on the Karaoke machine when I was about 3 or 4 and then moved on to Barry Manilow when I got to 10 years old. It was at that moment my parents sent me to a local Amateur Dramatics.

At 18 I knew what I wanted to do, and applied for a few universities to study performance studies, I then went and auditioned for a new drama school in Guildford where I spent 3 years learning how to sing, dance and act.
I graduated from PPA in Guildford in 2014.

My first job was at the Edinburgh Fringe in 2014, I did a 2 hander called Thrill Me. That was a great experience, tough but worthwhile and we won an award for best production up there too. I then worked for the same production company that Christmas, doing a Radio Play of It’s a Wonderful Life at the Bridgehouse Theatre in Penge.
In January 2015 I started rehearsals for the West End Production of The Book of Mormon. The show had been my favourite show since listening to the Soundtrack when it first came out. I think I saw it 4 times before actually being in it.
That was an incredible year, a very fun show, with a brilliant cast and the best audiences.

After that I had about 8 months of auditions and occasional gigs, and worked in bars and promotional work around London.
In 2017 I reached the Live Finals of BBC’s Let it Shine as part of the group Nightfall.
This was so different from my training and experience in Musical Theatre. I was performing Pop songs in a band infront of Celebrity Judges and around 6 million people each week. There was alot of pressure on us, we’d work our socks off rehearsing for 5 days then performing on the Saturday with the hope of getting through each week.
A great experience though which taught me alot about performing to Cameras and alongside high profile artists like Gary Barlow and Mel C.

Aside from working in Shows and Tv, I also gig around the UK and the occasional week onboard cruise ships with a band called The Other Guys. That’s alot of fun, especially as I get to travel different parts of the world with my mates. This job has really kept me going and helped me work on my craft.
I’ve had some incredible opportunities, and will always cherish them.

The hardest part of being a performer is definitely ‘The Inbetween.’
The Inbetween being the period of time that you aren’t working as a Performer.
Trying to find a job that is flexible incase you get a last minute audition is almost impossible. Especially a job you enjoy anyway, I’ve worked in Calls Centres, I’ve dressed up in an eagle outfit for a radio station, i’ve worked in bars for minimum wage whilst trying to juggle auditions and keeping physically and mentally fit.

It’s an industry of constant rejection, be it because you don’t get the job you auditioned for, or maybe you didn’t even get seen for it. I’ve auditioned for so many different things, and most of the time I find out I haven’t got the job when I see a cast list on Twitter.
I get it, casting directors are so busy, they work their asses off day in and day out, but maybe we can work together to design an app that let’s us performers know when we’re not successful. A simple yes or no, or under consideration would settle the minds of so many performers like me. It’s living in Limbo that really messes with actors minds, not knowing where your next job is, not knowing if you can take a gig a month in advance or whether you can go to your best mates wedding. We have to live day by day and can not set up our future.
You start to think it’s because your not good enough, not fit enough, but often it’s because you just weren’t what the panel were looking for that day. It’s hard to no get got caught up on it all, but you’ve got to just let it pass.
I beat myself up about it, and you’d be surprised how many times I’ve said I was giving up. Then the next day I listen to a Musical cast album of something and I go, that could be me if I try one more time. It’s a constant cycle.

BUT, And this is the biggest BUT, I love what I do, when I get the chance to do it. When I’m performing i’m so happy and I work hard at it, it’s like all the pain was worth it. The Instant gratification from an audience beats any other industry. It’s what performers thrive for and when we get it our troubles seem so far away.
My biggest bit of advice is - Exercise. It’ll keep you physically fit and it’s a great way to take your mind off things.

To stay strong in this industry you need a good solid group of friends, or even one person who understands you, someone you can be real with.
We’re actors, we can pretend to be happy, but it’s not real and it’s not safe to hide it.
For a while now i’ve suffered with anxiety, none of my friends knew it, I never wanted them to judge me or think i’m not strong enough, but I’ve had my girlfriend, Rose by my side to help me pull through. She’s been an absolute saviour.
Hopefully though, with more and more people speaking out everyday we can stop the subject of Mental Health being a taboo, get rid of the stigmatism, and show everyone the real us.

Thank you very much, Danny!