A show about words and activism, protest and power 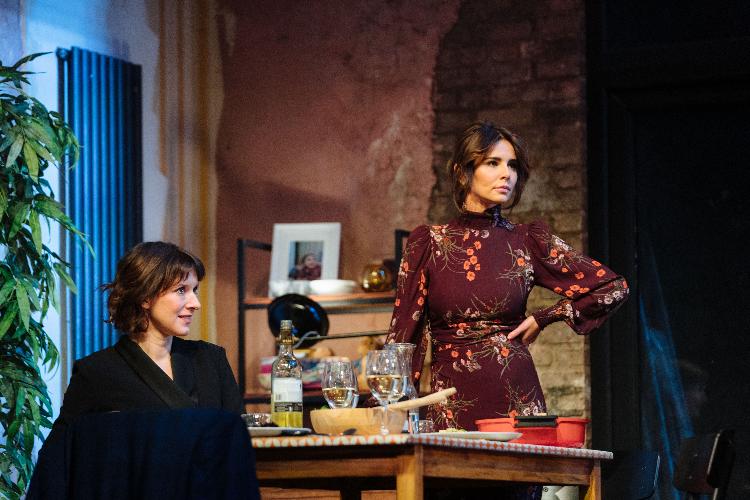 First commissioned by the RSC and performed in Stratford-upon-Avon in 2012 I, Cinna (The Poet)  is a piece that I was aware of and had long wanted to see so this is a welcome revival. It centres on the unfortunate minor player in Julius Caesar who is mistaken for one of the conspirators with the same name and is summarily torn limb from limb by an angry mob. He is, quite simply an unfortunate victim and is, perhaps, Shakespeare’s unluckiest character. From the 13 lines he has in the original play, Crouch has conjectured a whole existence for Cinna and, himself, brings it to life in an hour’s performance that stimulates and provokes.

Part character examination, part revision notes for the main play, part poetry writing masterclass, part meditation on democracy and politics, Crouch’s script and delivery pull together the disparate parts to make a unified and fascinating evening. This is never more the case than when clear parallels are drawn between ancient Rome and modern Western society; these parallels are enhanced by occasional video footage showing civil unrest which punctuates the action.

Cinna addresses the audience directly inviting us to respond both verbally and, more importantly, in writing to the ideas which he raises. He seems alternately fascinated and disgusted by the power politics of Brutus, Mark Antony and so forth and we are given a citizen’s eye view of the events of Shakespeare’s play as Cinna reframes the narrative mediated through “breaking news” events on his mobile phone. He also tells us of his constant dreams and how his fears for the future seem to be coming true. In one rather grisly scene (vegetarians please take note) he disembowels a realistic looking chicken in order to take the augury. Eventually, he finds himself drawn into the street where tragic events occur and a coda (no spoilers) brings the evening to a punchy close.

In Crouch’s pitch perfect performance, Cinna is portrayed as a cautious man of thought who wonders if he could do more to alter the flow of big events and whether his poetry could or should be used to that end. He has a bad case of writer’s block and political disengagement, but an innate contained energy breaks free when he discusses the power and hierarchy of language encouraging us to think of communication as a mirror image of society. Audience participation appropriately, yet unusually, takes the form of jotting ideas and words down in a mini exercise book – this novel idea really concentrates the mind. Ultimately, we are asked to write an actual poem about Cinna’s death and, really rather daringly, nothing happens for five minutes while we do so. In that sense, the audience members provide their own individually crafted climax to the piece – a truly unique experience. After the curtain call, the audience are invited to share their work online

Aimed at 11-14-year-olds there is more than enough in this piece to engage older age ranges, preferably with some knowledge of Shakespeare’s original. Both commended and recommended.