Proceeds will go to Leukaemia UK 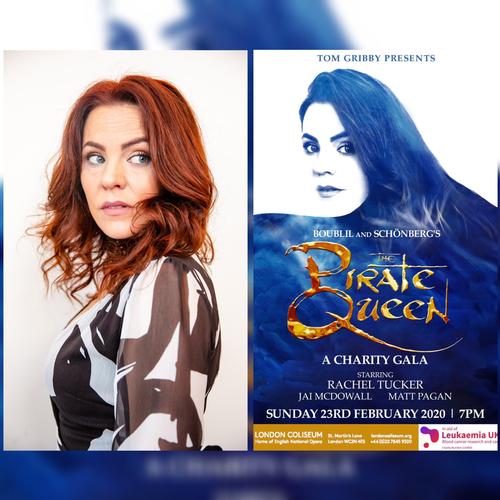 West End stars Earl Carpenter and Daniel Boys are the final stars to be cast in a star-studded charity gala performance of Boublil And Schönberg’s ‘The Pirate Queen’ at the London Coliseum on Sunday 23 February. Proceeds are going to Leukaemia UK.

Earl Carpenter (who plays Dubhdara, widowed father of Grace) has performed leading and title roles in some of the world’s greatest musicals including Cameron Mackintosh’s and Andrew Lloyd Webber’s original and 25th Anniversary productions and concert celebrations of ‘Les Misérables’, ‘Phantom of the Opera’, ‘The Witches of Eastwick’, ‘Sunset Boulevard’ and ‘Evita’ in London, Broadway, Toronto, Paris and subsequent Europe, Asian and United Kingdom tours.

Daniel Boys (Lord Bingham, confidante and advisor to Queen Elizabeth I) has just starred in ‘Falsettos’ (The Other Palace). His other London and West End shows include ‘The Boys in the Band’ (Park Theatre/National Tour and transfer to Vaudeville Theatre); ‘Miss Atomic Bomb’ (The Other Palace); ‘Spamalot’ (Playhouse), ‘Tommy in Concert (Prince Edward), ‘Avenue Q’ Gielgud / Noel Coward – Winner of the 2009 Theatregoers Choice Award for Best Takeover in a Role).

Steph Parry recently made headlines for “saving the day” at ‘Mamma Mia!’ While standing by at ‘42nd Street’, she was called to run down the road to take over the role of Donna mid show due to a cast injury. Subsequently she was given the lead role of Dorothy Brock in ‘42nd Street’ for the summer of 2018 and now leads the cast of ‘Mamma Mia! The Party’ as Kate at The 02.

Based on the real-life story of history’s Grace O’Malley – an Irish Chieftain and notorious pirate, ‘The Pirate Queen’ is an adventure chronicling the compelling, inspiring heroine who led an extraordinary life as a rogue, lover and mother in 16th-century Ireland. To protect her people and save her one true love, O’Malley must confront the one woman more powerful than her — her fierce rival, Queen Elizabeth I of England.