We chat with Isobel about FEEL, theatre and being lonely in London 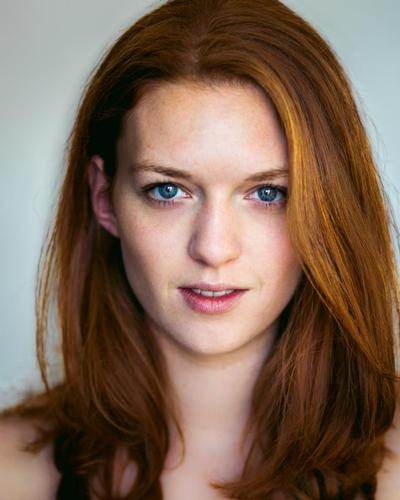 I recently graduated from The Oxford School of Drama in September last year. The best part of the working process for me is creating emotional ties with the cast and creatives of a company in order to fully support and trust in one another. Personally I am always drawn to characters with multiple layers and emotional complexity, which is why Naomi was such an interesting character to develop.

Feel is the modern day love story of two very different couples. Jamie and Naomi are self-destructive, lost, and emotionally volatile, whereas Nick (James Bowen) and Karen (Gemma Wray) are endearing, open, and totally lovable. Working with Jonny has been brilliant and we've built up a sense of trust that means we support each other completely throughout our scenes. I have so much love for this cast! And although mine and Jonny's scenes don't really cross over with Gemma and James's, that hasn't stopped us from becoming our own little family regardless. Mainly we have fully backed one another throughout the entire process and I couldn't be happier to be spending time with these wonderful humans.

The play shows how people in London can be sometimes desperately lonely and not capable to love. Do you live in London? What do you think about it?

Yes, I live in North London. I absolutely love it but I have definitely experienced loneliness at times here myself. In such a busy and vibrant city, full of people, it's such a contradiction that you can sometimes feel so alone. I agree with what Karen (Gemma) says in the play - I'm sort of fed up of us all looking at each other and not talking. My parents live in a small village in Wiltshire and if you walk past someone there you always say hello and you interact with people all the time, whereas in London you can sometimes go a whole day without properly interacting with people (other than your co-workers/housemates). London is an amazing place but I think we could all do with being slightly kinder to one another. Everyone has their own issues and I think there's a problem in that we don't delve deep enough with the people around us. If we did we'd undoubtedly be surprised at how much we have in common with them.

'Bottom' by Willy Hudson at Camden People's Theatre and 'A Hundred Words For Snow' by Tatty Hennessy at The Vaults. I know you only asked for one but these were both one-actor shows which were both so exceptionally moving and had extremely talented actors in each.

Feel is heading to Hertford Theatre Festival on 25th April and to Coventry in May. I also have some short film projects coming up in the next couple of weeks and Gemma and I are in talks about something exciting...