A heartbreaking testament to one man's strength and resilience 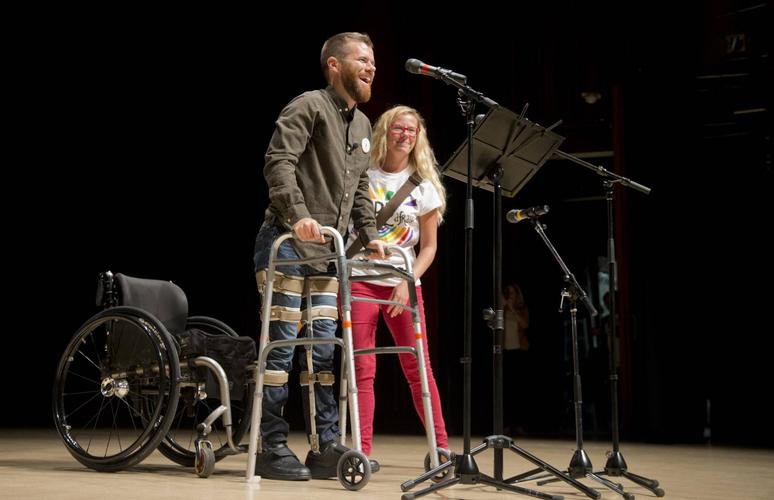 The one in the picture is Scott Jones. A young, gay musician that after leaving a gay bar in his hometown of Nova Scotia, Canada, was victim of a homophobic hate-fuelled assault in 2012. He was stabbed twice in the back and left paralyzed from the waist down.  A slash across his throat was meant to kill him.

This movie/documentary, directed by Laura Marie Wayne, friend of Scott, shows his life in the 4 years after the horrible hate crime.

It is a story of sadness and desperation, but also resilience and hope.

It is and it will be a long process for Scott to let his disability not ruin his life and there are ups and downs every day.

His attacker has been jailed for 10 years. However, Scott will never walk again.

An emotional and powerful movie, that should be seen by everybody. Because we can’t take anything for granted, in life.