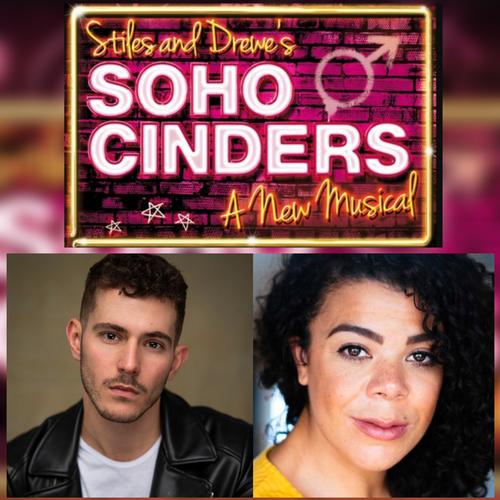 Michael Mather and Livvy Evans are to lead the extension cast of Soho Cinders at Charing Cross Theatre.

Michael Mather (Hades in the world premiere of ‘Mythic’ at Charing Cross Theatre, JImmy in ‘Flashdance’) will step into Robbie’s “Glass Slippers” alongside Livvy Evans (‘Motown’, ‘Ghost’, ‘Sister Act’) as Velcro when the show extends from 23 December 2019 to 11 January 2020.

Another addition to the cast and taking over the role of William George is Dayle Hodge (‘Jesus Christ Superstar’, ‘Jersey Boys’, ‘Les Misérables’). He joins the previously announced Hollie Taylor (‘Matilda’, ‘Betty Blue Eyes’, ‘Oliver!’) who performed her first show as Dana earlier this week.

Continuing in their roles will be Tori Hargreaves as Marilyn Platt, Lewis Asquith as James Prince and Michaela Stern as Clodagh.

The role of Lord Bellingham is still to be announced.

New to the ensemble will be Liam McHugh (‘Saturday Night Fever’, ‘We Will Rock You’) who joins Melissa Rose, Luke Byrne, Savannah Reed, Thomas Ball, Laura Fulgenzi and Jade Bailey who will all remain with the show until the end of its extended run.