Over your head, under your skin and below the belt 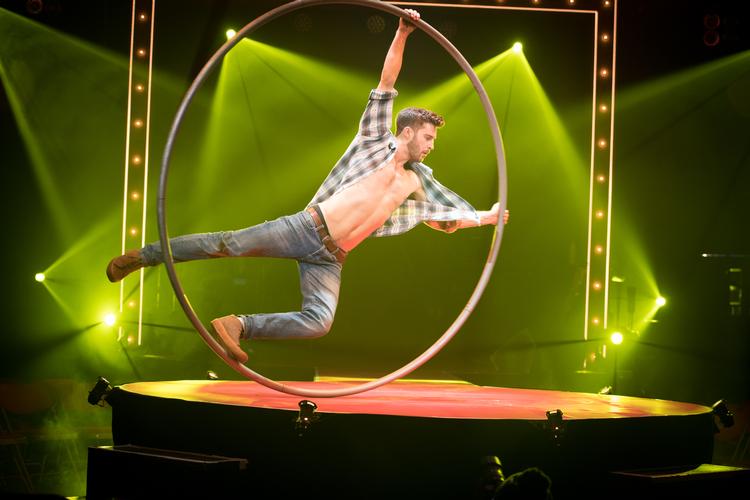 Christmas in Leicester Square has arrived with all its sparkles, mulled wine and red carpet, presenting the return of the award-winning, La Clique. A live show that combines the bizarre and wonderful world of comedy, circus and cabaret.

Strolling along the red carpet through the small Christmas village, luxury hot chocolate in hand, I wasn't quite prepared for what was waiting for me in the Leicester Square Spiegeltent.
Hosted by Kabarett diva Bernier Dieter, La Clique returns to London, 10 years since its residency at The Hippodrome in 2008 when La Clique won its first Olivier Award for Best Entertainment. The Leicester Square Spiegeltent oozes cabaret glamour blended with a circus high top design.

A celebration of the weird and wonderful, I found myself howling with laughter one moment, gazing into the eyes of a lingerie-clad aerialist to gasping behind my hat the next. Though it is worth mentioning if you are uncomfortable with extreme nudity and the open conversation of sex, La Clique is not for you. One gentleman on the front row was having a good giggle at David Periera having a full-body shave whilst holding his leg by his ear, to actually shaving an entirely naked performer in his lap smothered in shaving foam.

When your not gasping and howling with laughter, you are stamping your feet to the live music, with powerful vocals from Kelly Wolfgramm, sure enough, to cover you in goosebumps. La Clique is a wild night out, it is hilarious, gets your pulse racing and all whilst toe-tapping. A show for the mischievous and open-minded.

Unimaginable talent, La Clique is a show you do not want to miss this Christmas.