Frank Sinatra is in the room! 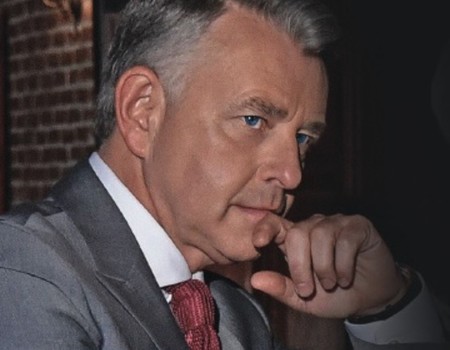 No wonder Richard Shelton received an Offie Award nomination as Best Male Performance – his portrayal of the legend that is Frank Sinatra was real, natural, emotional and warms you up inside listening to him sing.

It’s 1971 and you’re in Palm Springs, California, sitting, waiting to see this man perform some of his best songs but to also get to know the man behind the belters.

In reality, you’re in Wilton’s Music Hall in east London and there’s something about the venue that just fits this show perfectly.

When he starts he tells you that as a performer, you’re only on the stage at this venue twice in your career, once when you’re on the up and once more, erm….when you’re on way down. And unfortunately, this show is his last, but boy what a career.

He’s even got his friends in the audience - Cary Grant (a random man) is asked to stand up and say hello to the crowd. But his best friend is also there, we’re introduced to the beloved Jack and by that, I mean a bottle of Jack Daniels perched on a small table. The contents could have been real, I honestly couldn’t tell but the way he was chugging it down was true to form of the man himself.

‘Sinatra: RAW’ is a celebration of the legend, a throwback to some of his most famous songs. But it’s also like a tale of his life, there’s something really endearing about it and Richard does a superb job of making you feel like you’re really getting to know the real Frank Sinatra, like he’s your friend.

Okay so some of the jokes were not that funny and they bordered on being too cheesy, like bad dad jokes, but no one said Frank was ever best known for his humour, so you can let it slide.

At times it did just feel like a monologue and got a bit static because there was so much of him speaking, but the crescendo was great when he suddenly asked the audience to shout out requests and performed impromptu songs with his live pianist who did a sterling job throughout the whole show.

Both men proved to be a great double act on that stage.

It might have been a no-frills set with a large curtain in the background and a smoke machine which was only used a handful of times, but you’re not there for the set, you’re there to hear Frank.

It’s only around 80 minutes and there’s even a cheeky interval.

If you want a great night out and love his music then ‘Sinatra: Raw’ is not to be missed. It’s on until November 2 and I promise you’ll still be singing his songs the next day with a smile on your face.